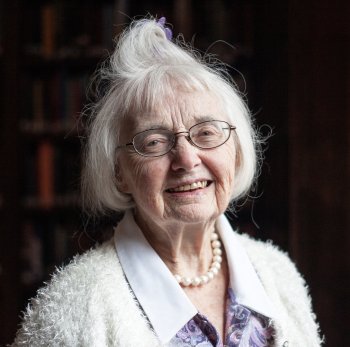 The National Secular Society is deeply saddened to report the death of one of its longest-serving presidents, Barbara Smoker, at the age of 96 after a long illness.

Barbara was president of the NSS from 1972 to 1996 and a consistently forthright campaigner on issues such as faith schools and religious restrictions on freedom of expression.

She also campaigned on a variety of other significant social and legal issues including assisted dying, the death penalty and nuclear disarmament.

Barbara stands as one of the most gifted, determined and brave individuals the NSS has been fortunate to count in its ranks.

She was born on 2 June 1923 into a south London family, the second of six children, five of whom were girls. Their determination and independent views were nurtured. The family were devout Roman Catholics and at least one became a nun.

At the age of 19 Barbara enlisted in the Women's Royal Naval Service (the Wrens) which she preferred to working in a munitions' factory.

After the war: establishing herself as a campaigner

Barbara, who at one stage had herself considered becoming a nun, claimed she became an atheist at precisely midday on 5 November 1949 when she concluded that the Catholic claim of papal infallibility was impossible. This was no sudden conversion, rather a tipping point for a young woman harbouring increasing doubts.

On her return to civilian life she undertook secretarial training which she often found useful to supplement her income. However, her main occupation was that of a campaigner. She would later write: "My life has had its full share of spice" and "I enjoyed reading, writing, broadcasting and generally throwing my weight about." She was a gifted writer and frequent winner of literary prizes.

Barbara's drive benefited organisations including the Shaw Society, Conway Hall Ethical Society, CND, the National Council for Civil Liberties (now Liberty), Humanists UK and the Voluntary Euthanasia Society (now Dignity in Dying) – of which she became chair. She also campaigned for the abolition of the death penalty, the legalisation of abortion and prison reform.

Barbara was elected president of the NSS at its 1972 AGM and served for 24 years. That term has only been rivalled by the society's founder Charles Bradlaugh and his successor G.W. Foote and exceeded by the longest serving, Chapman Cohen (34 years).

During her time as president, Barbara was a regular contributor to The Freethinker with articles characterised by her sharp wit and ability to coin a phrase. Among the issues attracting her pen and tongue were Billy Graham's 'Festival of Light', Lord Longford's report on pornography, Mary Whitehouse and her campaigns against TV "filth" and the Gay News blasphemy trial.

Already in her 70s, Barbara bravely held up a "free speech" placard at a rowdy demonstration by Muslims against Salman Rushie's The Satanic Verses.

In 1985 she published a pamphlet Eggs are not People, in response to Enoch Powell's Unborn Children (Protection) Bill which unexpectedly failed to become law.

She consistently campaigned against church schools and was an early opponent of the establishment of Islamic ones. On one occasion she wrote of how a Muslim community in Hackney and a Hassidic community in Stamford Hill both denied girls scientific education and integration with others.

Barbara claimed that during her presidency she conducted no less than 2,000 secular funerals plus officiating at other non-religious ceremonies. She also authored a number of books including "Humanism" (an introduction for secondary schools), which is now in its seventh edition. She frequently visited university campuses to debate with the religious. Such occasions often brought impassioned argument.

In the NSS's 1995/96 annual report, her last as president, she wrote: "The Northern Echo once described me as 'the militant martinet of the National Secular Society'! That will do as my epitaph."

Barbara remained active within the NSS until her death. Whenever able she attended the society's events and AGM and was present at a recent demonstration held outside parliament opposing plans to drop a cap on faith-based admissions to faith schools.

Last year, Barbara published her autobiography My Godforsaken Life: Memoir of a Maverick which provides many insights into a life well-lived. It serves as a charming, witty, well-written and telling account of a remarkable woman.

She was also awarded a lifetime achievement award from the NSS in 2019 for her longstanding commitment to secularism and human rights.

Stephen Evans, chief executive of the NSS, commented: "Barbara was a spirited defender of human rights and a tenacious challenger of religious privilege. A warm, good humoured and remarkable woman. A shining light to many and a personal inspiration to me. She will be missed."

"Her contribution to the NSS and progressive causes cannot be overestimated.

"In the words of her prize-winning poem Living Relay: Yes, each has been and each has gone; yet each a torch has handed on." 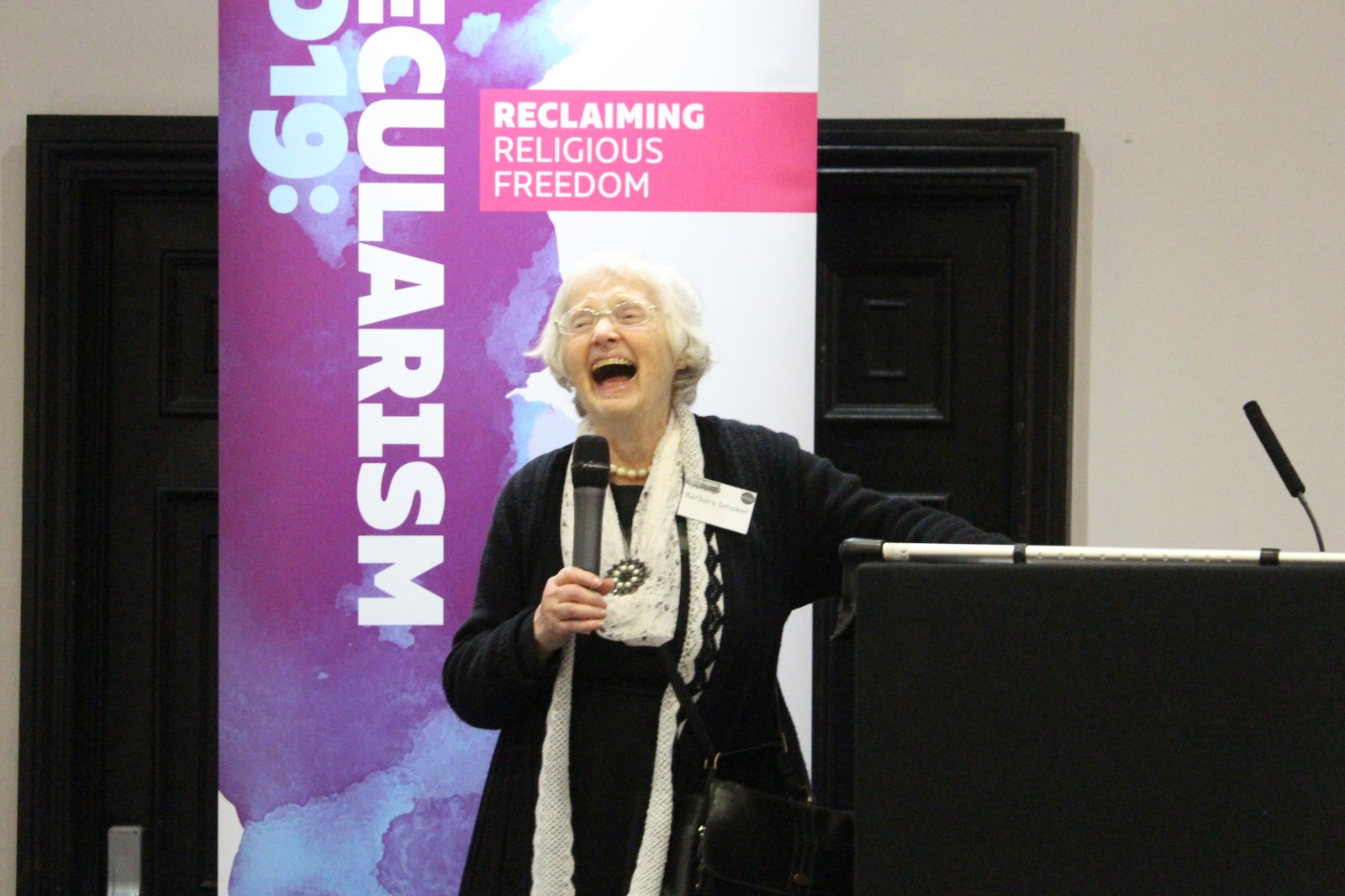