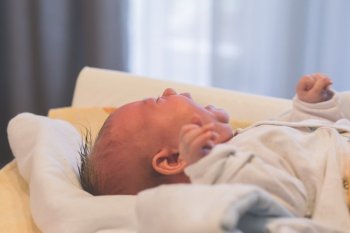 The National Secular Society has formally called on the UN Human Rights Council to ensure that protections from forced genital cutting encompass all children equally.

In a written submission to the HRC, the NSS said the right to grow up in an intact body "must not be overridden on the grounds of religion, tradition or culture".

The submission said: "Child safeguarding must take precedence over the desire of adults within a community to express their own or their child's presumed belief through forced cutting of their child's genitals."

The NSS also noted that the norms around genital cutting are often subject to a gendered double standard because of the claim that male circumcision is integral to Jewish and Muslim culture.

The society urged the HRC and the Office of the High Commissioner for Human Rights to recognise the "irreversible gross violation" of cutting boys' genitals. It described forced genital cutting of boys as "an anomaly in that it is allowed despite the lack of evidence of benefit".

"The surgical assignation of a child's genitals with his parents' beliefs is a human rights abuse taking place on an industrial scale in most countries, so much so and for such a long time perhaps that some find it difficult to see."

Explaining the NSS's position, a spokesperson said: "The ritual cutting of children's genitals is an abusive practice which should be challenged and brought to an end. But too often a blind eye is turned on the grounds that genital cutting holds a religious significance for parents or those within religious communities.

"Governments and the UN should recognise this and place the rights of the child first, so children have the ability to grow up in their own bodies and make their own decisions about altering them."