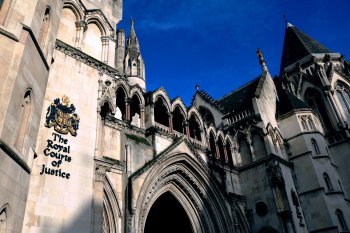 The court has said Nasreen Akhter and Mohammed Shabaz Khan, who had an Islamic 'nikah' wedding ceremony in 1998 but no civil ceremony, did not have a legally valid marriage.

The couple, who separated in 2016 and have four children, both knew the nikah ceremony had no legal effect and intended to follow it with a civil ceremony.

The original ruling in 2018 entitled Akhter to a decree of nullity, which rules a marriage void and entitles parties to financial protections under civil law.

That ruling was partly based on the fact the couple held themselves out to the world at large as husband and wife and that their vows had similar expectations to British marriage contracts.

But the appeal court found the nikah was a non-qualifying ceremony and the partners were not marrying under the provisions of English law.

It noted that the ceremony was not performed in a registered building, no notice had been given to the superintendent registrar and no certificates had been issued.

The National Secular Society campaigns for religion to be separated from marriage law and encourages efforts to promote greater awareness of what constitutes a legal marriage in religious minority communities.

NSS chief executive Stephen Evans said: "This ruling again highlights the need for comprehensive reform of England and Wales's archaic marriage laws to make the process of marriage clear, fair and consistent for all.

"As an institution with serious legal implications, the civil act of marriage should follow a secular process. Couples should be free to hold whatever religious or secular ceremonies they want immediately before or after the formal civil registration moment, but no religious ceremony in and of itself should have legal implications.

"What determines a marriage's legal status should be the registration process, and not the building where it takes place."

The Law Commission is currently reviewing the marriage laws in England and Wales.

Image by Steve Brown from Pixabay.