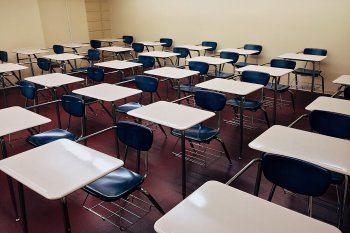 An independent Islamic school in Birmingham is segregating children by sex and treating girls unfavourably more than two years after the practice was ruled unlawful, inspectors have found.

In a report published this week Ofsted found that Redstone Educational Academy was unlawfully segregating boys and girls by sex for all school activities, except for weekly assemblies.

In 2017 the Court of Appeal ruled that segregating children by sex within an individual school was unlawful. But Redstone is one of several independent faith schools which have been found doing so in recent months.

Redstone's report found it 'inadequate' in all areas and also found pupils were not safe or being sufficiently prepared for life in modern Britain.

It said boys at the school were "treated favourably", "have more privileges" than girls and "enjoy school more than girls". Its evidence included that:

It said the school's leaders had recently applied to open a separate girls' school on the same premises, to stay within the law, but had been unsuccessful. They had no new plans to address the segregation issue.

The report said all pupils studied Islamic studies and learnt "a little about other faiths but not enough to prepare them well for life in modern Britain".

It added that the quality of education was inadequate and said: "Pupils say that they feel safe in school, but they are not."

"Such harmful attitudes towards male and female pupils are rooted in archaic notions of gender roles promoted by religious ideology.

"Nothing can justify treating girls and boys unequally and depriving children of the knowledge and skills they need for life in modern British society. Faith schools mustn't be allowed to use religion as an excuse to flout standards that all schools must follow."

Image by Wokandapix from Pixabay.