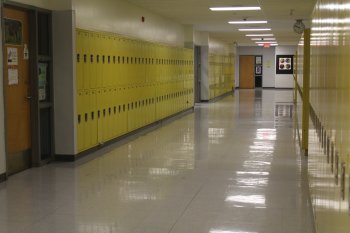 The National Secular Society has urged Surrey County Council not to proceed with changes to admissions arrangements which would restrict some families' chances of sending their children to non-faith schools.

The council is proposing to add 10 schools, including eight Catholic faith schools, to a list of those which can be considered as 'nearest schools'.

The change will reduce families' ability to send children to the nearest available non-faith school and make children more likely to be sent to Catholic schools against their parents' wishes.

The council has already deferred its rule change in the case of one of the schools pending a consultation. The decision came after the NSS wrote to the council to highlight the cases of at least 10 families who could have been adversely affected.

And the NSS has now urged the council not to make the changes in response to its consultation.

The Catholic schools are currently excluded from the 'nearest schools' list because of the extent of discrimination in their admissions policies and because their exclusive ethos makes them unsuitable for many children.

The council was due to remove one of the schools, St Joseph's Catholic Primary School in the town of Epsom, in September 2020 and the rest a year later.

It has now decided not to remove St Joseph's Epsom from the list until at least September 2021, and to consult over the changes in the meantime.

That decision came after the NSS highlighted families who were likely to be adversely affected by the changes and an adjudicator ruled that the change rendered the school's admissions policy unclear.

The 10 families wished to have a fair chance of sending their children to Stamford Green Primary School, a school with a community ethos in the town of Epsom, next September. Their best opportunity will be for that school to be considered their nearest school.

This would not have happened if St Joseph's Catholic Primary School, which as a voluntary aided school is currently allowed to discriminate in up to 100% of its admissions, was considered their nearest school.

The council was proposing to change the status of St Joseph's because in recent years it had admitted a very small number of pupils under non-faith based criteria.

Seventeen local primary schools are oversubscribed and the council's proposed change would make some families very unlikely to secure places at Stamford Green.

NSS head of education Alastair Lichten said: "Surrey County Council should reconsider these proposed changes, which would make it harder for families to send their children to non-faith schools.

"This case also highlights the wider trend of faith schools having an often indirect, but significant, negative impact on school choice for many families.

"Until ministers show a willingness to confront religious control of the education system, families will continue to face the possibility of religion being imposed on their children against their wishes, or being locked out of their local schools."