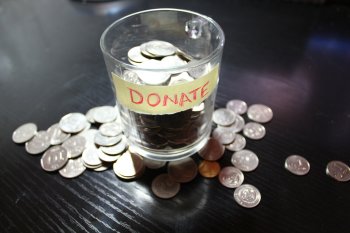 The National Secular Society has referred 10 Christadelphian charities to the Charity Commission over concerns that they promote deeply intolerant messages, despite their legal requirement to provide a public benefit.

Material posted on some of the charities' websites condones the death penalty for LGBT people and Wiccans, associates being LGBT with child abuse and rape, and promotes female subservience.

In response to the NSS's concerns the commission, which regulates charities in England and Wales, has said it "will now look to open cases" into each of the charities.

The organisations reported all list 'religious activities' as a charitable object.

One of them (York Christadelphian Ecclesia) was registered in September 2019. This is one of six charities which list the website ThisIsYourBible.com as their official website on the Charity Commission's register.

ThisIsYourBible.com appears to condone the death penalty for gay people and Wiccans and physical punishment for children.

Another charity (Christadelphian Sunday School Union) is registered for educational purposes, with its materials aimed at children. Its website promotes intolerance of LGBT people and female subjugation.

Christadelphians are a Christian sect who tend to advocate strict adherence to Biblical scripture.

In its referral the NSS highlighted Charity Commission guidance on protecting charities from abuse for extremist purposes. This says charities have a "legal duty" to "carry out your charity's purposes for the public benefit".

It adds that "views or activities that incite hatred on the grounds of race, religion or sexual orientation cannot be for the public benefit".

In response to the findings, NSS spokesperson Megan Manson said:

"Registered charities are supposed to provide a public benefit, to justify the tax breaks they are given and the public recognition that comes with charitable status.

"After the election the next government should consider reforming the law so religious organisations that push such harmful messages cannot become charities."

The 10 charities referred by the NSS are:

The NSS has published a dossier which outlines its concerns over these 10 charities in full on its website.

The NSS and charity law