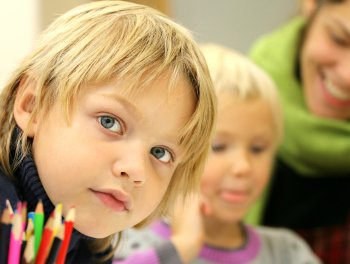 The Welsh government has launched a consultation over plans to remove parents' right to withdraw their children from education on religion, relationships and sex.

The consultation will also consider whether to rename religious education as 'religions and worldviews'.

The plans would be introduced along with a new curriculum, which is set to apply in primary schools and the first year of secondary in 2022.

They would mean all children took part in religions and worldviews and the newly renamed subject of relationships and sexuality education (RSE).

Currently parents can prevent their children from attending religious education and sex and relationships education classes.

Explaining the Welsh government's plans, education minister Kirsty Williams said: "Our vision is for an inclusive education system where all learners can participate in, benefit from and enjoy learning across all subjects.

"I am minded to ensure all pupils study RE and RSE in the new curriculum, just as they will study science, maths and languages.

"It has always been an anomaly that children could be prevented from attending certain subjects. This consultation seeks views on the practical implications of dealing with this anomaly."

NSS education campaigner Alastair Lichten said: "The Welsh government's ambition for an inclusive education system is very welcome, but we advise ministers to proceed with caution.

"The right to withdraw from religious education is an anomaly, but RE has traditionally been used to promote a religious worldview. This must be fully addressed before the right to withdraw is removed, so all pupils have access to high-quality, balanced education about religious and non-religious worldviews. Removing the right of withdrawal without addressing concerns over confessional or impartial RE will risk incompatibility with human rights obligations.

"We welcome the Welsh government's continued commitment to ensuring all pupils have access to inclusive, rights based and accurate RSE. A right to withdraw should not be used to shield pupils from knowledge. But we'll urge policymakers to consider the human rights implications where faith schools use RSE to promote discriminatory, inaccurate or shame-based teachings."

Image by klimkin from Pixabay.

See also: This isn't the time to end the right to withdraw from RE in Wales