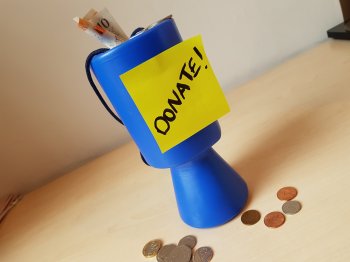 The National Secular Society has reiterated its call for reforms to charity law after a regulator said it was unable to refuse to register 'controversial' religious charities.

The chief executive of the Charity Commission for England and Wales said the regulator is "not able to refuse registration" to organisations recognised as "legally charitable".

At the Charity Commission's annual public meeting on Thursday, Helen Stephenson said: "If something is legally charitable, we have to put it on the register."

Stephenson made the statement in response to a question about whether "controversial" charities operating in the areas of religion or alternative medicine could be removed from the charity register.

She also suggested the commission should consider whether it needs more powers to allow it to refuse to register 'controversial' organisations as charities.

The NSS's report highlighted the harm done by charities which exist solely to advance religion, including those dedicated to infant genital cutting, non-stun slaughter of animals and gay 'conversion therapy'.

"But the Charity Commission is crippled by the fact the advancement of religion is recognised as a charitable purpose in law. This has meant organisations which provide no public benefit, or which are actively harmful, have acquired charitable status because their purpose is religious.

"Removing the advancement of religion from the list of charitable purposes would be a significant step towards solving this issue. It would mean only those religious organisations that provide a genuine public benefit, such as fighting poverty or helping the homeless, would have the right to register as a charity, with all the tax breaks and other benefits this status confers."

In her remarks Stephenson also said the commission is also "not able to take charities off the register as a form of sanction".

But in 2015 the commission removed the Steadfast Trust from the register after a TV documentary revealed its members promoting white nationalism and far-right politics. The commission said the trust was "registered in error".

Two religious charities also featured in the same documentary, Islamic Education and Research Academy and Hindu Swayamsevak Sangh, were both revealed to be promoting extremist ideology but remain registered charities.