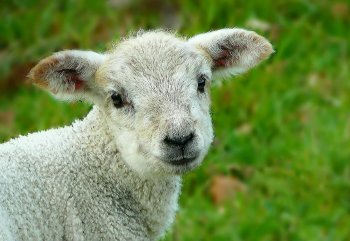 The government has said it expects food producers and outlets to give consumers information on meat from non-stun slaughter – but has denied backtracking on requiring the meat to be labelled.

In a letter to the National Secular Society, a minister said the government "expects the industry… to provide consumers with all the information they need to make informed choices".

An exemption to the animal welfare laws allows animals to be slaughtered without pre-stunning for religious reasons, to meet the dietary preferences of some Jews and Muslims.

Animal welfare experts and campaigners widely support repealing the exemption, or mitigating its impact by requiring meat from non-stun slaughter to be labelled.

Since 2017 ministers have repeatedly suggested the government would consider requiring meat from non-stun slaughter to be labelled in the context of the UK's exit from the EU.

The government has also acknowledged "public concern" that meat from non-stun slaughter is sold to "consumers who do not require their meat to be prepared in this way".

But last month environment secretary Theresa Villiers told Jewish News she "wouldn't accept labelling changes". The NSS wrote to her to challenge her position after the remarks were published.

In response Zac Goldsmith – a minister in the Department for Environment, Food and Rural Affairs – has now claimed the government's position on the issue has "not changed".

He also said the government "respects religious freedoms" and has "no intention of banning religious slaughter". It made no reference to any commitment to review labelling requirements.

NSS spokesperson Chris Sloggett described the government's position as "a cop-out" and said the society would urge the next government to repeal the legal exemption allowing non-stun slaughter.

"It seems clear the government's position has changed, despite its claims to the contrary.

"The legal exemption allowing animals to be subjected to non-stun slaughter for religious reasons should end as soon as possible, to protect animal welfare and uphold the principle of one law for all. If ministers are committed to retaining it, labelling requirements would mitigate the damage and allow consumers to make informed choices.

"Expecting the non-stun slaughter industry to provide accurate information for all consumers, despite the fact that doing so is not in its interests, can generously be described as naïve."

Image by cocoparisienne from Pixabay.