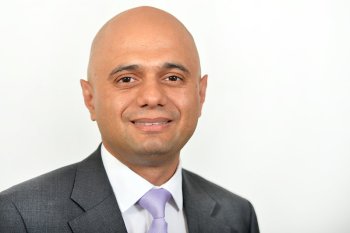 The chancellor of the exchequer Sajid Javid has said he does not use the word 'Islamophobia' because of its capacity to shut down legitimate criticism of religion.

The National Secular Society has said the government should heed Javid's comments, which came in a BBC Radio 4 interview on Monday, as it considers its strategy on anti-Muslim hatred.

He said the government would hold an inquiry into defining 'Islamophobia' – but noted that he preferred the term "anti-Muslim hate crime".

"And I think in our free society anyone should be able to talk about any religion... respectfully, but to say I don't agree with that religion. That's up to them.

"But attacking someone if they are a Muslim is completely, utterly unacceptable. So, it's 'anti-Muslim hate crime'."

His comments came amid a furious backlash against an event at the Conservative party conference where 'Islamophobia' was debated on Sunday.

In an opinion piece in The Guardian, Tory peer Sayeeda Warsi claimed the meeting 'Challenging "Islamophobia"' had become "a Muslim-bashing fest" and described it as "disingenuous, divisive and peppered with dog whistles".

She also noted: "Being named 'Islamophobe of the year' was joked about by panellists as if it were a badge to be worn with pride."

This echoed sentiments she had expressed in a viral tweet shortly after the event.

The president of the National Union of Students, Zamzam Ibrahim, pulled out of the conference after the event, claiming she was "horrified" by the panel's "dangerous rhetoric" . Her decision generated substantial press coverage.

But accounts of the event suggested its critics had significantly misrepresented it.

The panellists Trevor Phillips and Peter Tatchell – an NSS honorary associate – had joked about the 'Islamophobe of the Year' award handed out by the Islamic Human Rights Commission (IHRC).

The IHRC has links to the Iranian government and awarded 'Islamophobe of the Year' to Charlie Hebdo magazine shortly after 12 people were murdered at its offices in 2015.

In a letter to The Guardian, Tatchell said every panellist had condemned anti-Muslim prejudice and added that he had made "concrete proposals to protect Muslims against discrimination and hate crime".

He added: "Two of us questioned parliament's sweeping definition of Islamophobia as a potential threat to free speech. That's all."

Warsi is a high-profile advocate of a proposed definition of 'Islamophobia' from all-party parliamentary group (APPG) on British Muslims. The NSS opposes the definition.

"Sajid Javid is right to distinguish between criticism of religion and hatred of people based on their religion. The government must note that distinction carefully as it considers its strategy for tackling anti-Muslim hatred.

"The 'Challenging Islamophobia' event appears to have seen a largely reasonable critique of the threat posed to free expression by a definition of 'Islamophobia'. The fact it was widely dismissed as 'Muslim-bashing' is a stark illustration of the very threat to free speech the panellists were warning about."