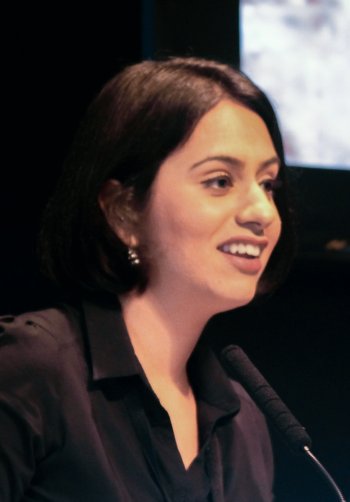 Protecting and encouraging democratic debate is "vital" in efforts to tackle extremism and a government definition is hampering those efforts, according to the counter-extremism commissioner Sara Khan.

A report from the Commission for Countering Extremism (CCE), which Khan leads, has called for an overhaul of the government's approach to tackling extremism, saying the current strategy is "unfocused, unnecessarily broad, and at times confusing".

The report, Challenging Hateful Extremism, urged a "rights-based approach" to tackling "hateful extremism", including the promotion of freedom of expression.

The National Secular Society, which called for a human rights-centred approach to the issue when it submitted evidence to the commission earlier this year, has welcomed the report.

The report said there should be no new counter-extremism legislation and freedom of expression – including the right to express "offensive, critical and shocking" speech – should be protected.

Introducing it, Khan wrote: "There is a fear that countering extremism can undermine civil liberties and in particular, freedom of expression.

"There is no doubt in my mind: we must continue to protect and preserve freedom of expression. This includes offensive, critical and shocking speech."

The report added that countering extremism is "about preserving and championing" society's ability to have "difficult debates". It also said there should be a "proportionate response" to "hateful extremism", including through more use of existing legal powers, and calls for a more effective civil society response.

The report also found that:

The report also said the government's current definition of extremism, which the NSS has opposed as a member of the Defend Free Speech campaign, is "too broad".

The report proposes the creation of a non-statutory definition of "hateful extremism", which will be narrower than the government's definition, by spring 2020.

Stephen Evans, the chief executive of the NSS, said the report represented a "positive renewed vision for countering extremism".

"This timely report provides a sound basis for both understanding and tackling hateful extremism and shows an appreciation of the vital role which free expression and open democratic debate play in those tasks.

"Secularist principles must be central to any strategy which seeks to prevent extremist narratives from dividing and polarising society. We look forward to working with the commission to help build a more tolerant, inclusive and rights respecting Britain."

Earlier this year the NSS's submission to the commission:

The report summarises hateful extremism as: