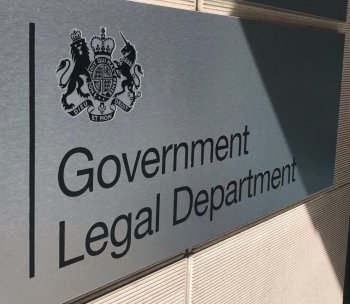 The National Secular Society has urged the Law Commission to protect free speech on religion as it reviews hate crime laws in England and Wales.

The commission is set to consider "the adequacy of protection" offered by current hate crime laws and make recommendations for reform.

The NSS has now met the commission and cautioned against lowering the threshold on what constitutes an offence on the basis of religion.

As part of its review the commission will consider whether to recommend changes relating to the way the various characteristics are protected, "to promote a consistent approach".

During the meeting the NSS also said hate crime laws had created a perception that people have a right not to be offended, exacerbating censorious attitudes on religion.

And the society urged scepticism over efforts to achieve social harmony through the suppression of speech.

Explaining the NSS's position, CEO Stephen Evans said: "The Law Commission's review must prioritise the protection of freedom of expression and encouragement of robust debate on religion.

"It should be particularly wary of any attempt to criminalise behaviour which could be considered 'abusive or insulting' on the basis of religion. Going along with those who wish to lower the current threshold on religious hatred would undermine civil liberties and social cohesion."

Hate crime laws also allow for crimes to be considered aggravated if offenders demonstrate, or are motivated by, hostility towards someone on the basis of a protected characteristic. Judges can hand out stronger sentences in these circumstances.

The Law Commission is an independent body charged with keeping the law of England and Wales under review and recommending reforms. It intends to outline provisional proposals in a comprehensive consultation paper early next year.