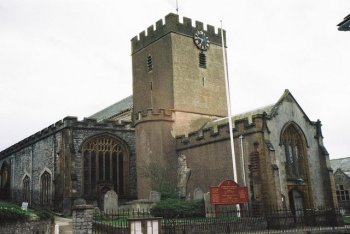 The National Secular Society has questioned why a town council in Dorset is expecting taxpayers to fund repairs of an Anglican church despite the Church of England's significant wealth.

Lyme Regis Town Council voted in July to give £40,000 to St Michael's Parish Church to fund repairs, despite some councillors questioning the decision's legality and local residents reacting negatively.

St Michael's requires approximately £150,000 to refurbish the church. It initially raised £76,260 through special events, grants and from its reserves, but required 80% of the total cost before work could begin.

At a meeting in July the council's strategy and finance committee agreed to make a £25,000 donation. A full council meeting raised the amount to £40,000 later in the month.

In response several local residents on social media argued that the Church of England should pay for the repairs.

Church Commissioners for England, which manages the C of E's property assets, is one of the richest charities in England and Wales, worth £6.33bn in 2017. In its 2017 annual report it said it spent £56.6m on "mission activities".

Some councillors also raised concerns over the legality of the decision at the initial committee meeting. The Local Government Act of 1894 states that local councils' powers, duties and liabilities do not include the affairs and property of the Church of England.

The National Association of Local Councils advised the council to act "prudently", the council's solicitor advised members to act "cautiously" and the local town clerk warned that the decision carried risks.

Other residents also challenged the legality of the grant or raised concerns that councillors with close ties to the church should have declared an interest.

A councillor who is also a governor at a local C of E school proposed a £50,000 grant at the strategy and finance committee meeting in July.

Some local residents also argued the money could have been better spent, noting that food banks were opening and pre-schools closing in the area.

NSS campaigns officer Megan Manson said: "It is important to protect cultural heritage, and religious buildings of historical or architectural significance are no exception.

"But it is concerning that the council has chosen to spend tens of thousands of pounds when there are clear and reasonable objections from locals, many of whom want their council tax spent on other amenities.

"The Church of England is spending a great deal of its resources on evangelism work while putting the burden of looking after its buildings on taxpayers. We must question why councils are enabling the church, with its immense wealth and privilege, to shirk its responsibility to look after its churches.

"Local authorities should take a firm stance and refuse to use public funds on expenses on churches that the Church of England can easily pay for itself."

It is expected that Lyme Regis Town Council will need to cut its budget in future as it will no longer receive grants from Dorset Council.