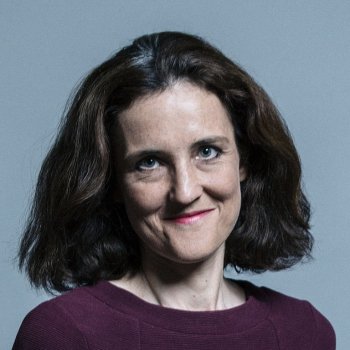 The National Secular Society has urged the government to rethink its position on non-stun slaughter after a minister appeared to backtrack on requiring meat from unstunned animals to be labelled.

The NSS has written to Theresa Villiers, the environment secretary, after she said the government opposes restrictions on non-stun slaughter, including labelling requirements.

In an interview with Jewish News, published this week, she said the government supports "the right of faith communities to eat according to their own religious beliefs".

She added that she "wouldn't accept labelling changes which could put up the costs of food for the [Jewish] community".

She said she "would not have supported" amendments to an Agriculture Bill, proposed earlier this year in parliament's last session. One of the amendments would have required the labelling of non-stun meat.

And she said the government had "more to do to provide reassurance" to 'faith communities', adding: "I believe, as the new secretary of state, that it is very important for people to be able to follow their faith."

A religious exemption to UK animal welfare legislation currently allows meat to be slaughtered without stunning if it is intended for consumption by Jews or Muslims.

In previous comments since 2017 ministers at the Department for Environment, Food and Rural Affairs (Defra) have suggested the government would review labelling requirements.

In its letter the NSS urged the government to end the religious exemption which allows non-stun slaughter, or short of that to introduce labelling requirements and prohibit the export of non-stun meat.

It added that Villiers's statement on labelling "seems to accept that the economic viability of the kosher industry is dependent on non-stun meat being allowed to slip into the general food chain". It noted: "This means non-stun meat is routinely being sold on the general market to unwitting members of the public."

The NSS asked what progress, if any, had been made on reviewing the government's position on labelling requirements.

And the society highlighted figures from the Food Standards Agency which highlighted the extent of non-stun slaughter in England and Wales.

Explaining the NSS's letter, chief executive Stephen Evans said: "It's concerning to see a secretary of state for environment, food and rural affairs prioritising religious interests over improving animal welfare and providing consumers with accurate information about their products they're buying.

"Theresa Villiers's stated position would mean farm animals continue to endure unnecessary suffering and the principle of one law for all is undermined, diluting efforts to uphold citizens' rights consistently. We're urging the government to reconsider its stance."

The animal welfare case against non-stun