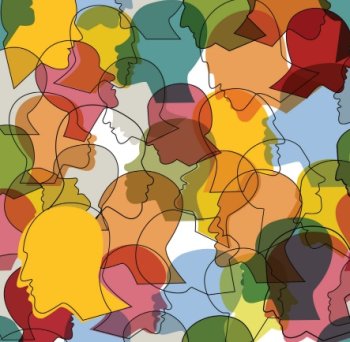 The widespread adoption of a proposed definition of 'Islamophobia' risks curtailing freedom of speech and the exposure of extremism, a collection of essays has warned.

An anthology published by the think tank Civitas warns that the definition proposed by the all-party parliamentary group (APPG) on British Muslims poses a threat to liberal values.

The APPG's definition says: "Islamophobia is rooted in racism and is a type of racism that targets expressions of Muslimness or perceived Muslimness."

The NSS and others argue that the broad and vague definition, and the normalisation of the idea of 'Islamophobia' more widely, will silence criticism of Islam.

The NSS's submission argues that "the gatekeepers of public debate can't patronise away anti-Muslim bigotry" and highlights concerns raised by the report which accompanies the APPG's definition.

It also highlights broader worries about the failure of those in power to engage with legitimate criticism of Islam and the harmful privileges granted to it.

The NSS has lobbied the government and several councils to urge them not to adopt the definition in recent months, with some responding by rejecting it.

Several local authorities and major political parties have adopted the APPG's definition in recent months. The government has not adopted it and is currently consulting on proposals to introduce its own definition of 'Islamophobia'.

Stephen Evans, chief executive of the NSS, said: "This anthology highlights a broad range of concerns about the much-discussed proposed definition of Islamophobia and the problem of criticism of Islam being routinely dismissed as racist.

"Those who raise concerns about religious privileges which undermine women's rights, animal welfare, LGBT rights and the principle of one law for all are routinely shouted down as Islamophobes and marginalised from public conversation.

"The adoption of the APPG's vague definition, which protects ill-defined 'expressions of Muslimness', would hasten this process – while undermining efforts to tackle bigotry against Muslims."

In May the NSS and others signed an open letter criticising the "uncritical and hasty adoption" of the APPG's definition.

Emma Webb, director of the Forum on Integration, Democracy and Extremism (FIDE) at Civitas, coordinated the anthology. She said the definition would choke legitimate discussion and exposure of Islamism.

"The definition would have a chilling effect on necessary discussion around the Islamist threat to the UK. In a free society, there can be no arbitration of which criticisms of any given religion or ideology are legitimate, regardless of perceived motive, level of education or quality of debate."

Other contributors include the former Islamist Ed Husain, the former chairman of the Conservative Muslim Forum Mohammed Amin and David Toube of the Quilliam Foundation.