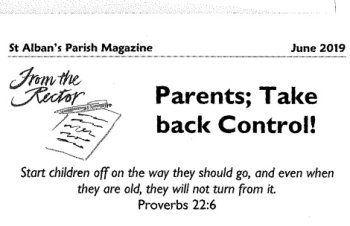 The National Secular Society has criticised a Church of England school governor for calling LGBT+ inclusive education "child grooming" which "opens the door for sexual predators" in a rant in a church magazine.

Peter Hughes called on Christian parents to "take back control" and "follow the example" of Muslims behind recent school protests over relationships and sex education (RSE).

Hughes, a local reverend and ex-officio governor designated with responsibility for anti-bullying at St Alban's Church of England Primary School in Rotherham in South Yorkshire, was writing in the local parish magazine.

In the piece, he called the government's proposed RSE programme "nothing but state sponsored child abuse" and said pupils "all over the UK" are being "indoctrinated in culturally Marxist LGBTI ideology".

He also called RSE "a form of child grooming" and "sexual indoctrination". He said RSE prepares children "for early sexual experimentation, normalises it and, in doing so, opens the door for sexual predators".

He accused "LGBTI activists" of "imposing a sexual philosophy which at its heart is both anti-Christian and harmful" via "the Trojan horse of teaching tolerance and opposing bullying". He said activists "greatly exaggerate" the extent of bullying and that bullying would be better deterred by teaching "the biblical truth that every person is made in the image of God".

Hughes's article referred to recent protests against diversity lessons at Parkfield Community School in Birmingham. Activists from mostly Muslim backgrounds protested against the school's 'No Outsiders' programme, which teaches equality and tolerance of all people including LGBT+ people.

Hughes said: "Christian parents need to follow the example of our Muslim neighbours and insist on their basic human right to have their children educated according to their own beliefs."

Ex-officio governors are normally appointed by the local church diocese's education board to promote its ethos and interests. Usually one governor must be the parish priest.

The school says it aims to "promote understanding and respect for differences" in a policy on equality.

NSS education and schools officer Alastair Lichten said: "Mr Hughes is entitled to his views, however uninformed or discriminatory. But such an outburst is entirely inappropriate from a school governor.

"The hysterical, conspiratorial views of anti-RSE campaigners are spreading across reactionary religious groups. They are leading to a campaign of hate and fear which endangers schools and fuels homophobia. Smearing the transmission of knowledge of LGBT people as child abuse send a vicious message to LGBT pupils, parents and local people.

"Comprehensive, age appropriate and equality-based RSE enjoys overwhelming support across the political and religious spectrum. The loud minority and their ludicrous claims that RSE is an anti-religious conspiracy must be confronted.

"This also shows how inappropriate it is to have religious representatives given automatic places as school governors. This is a product of a faith-based education system, where reactionaries inevitably gain undue power to shape school policies."

Parkfield Community School suspended its 'No Outsiders' lessons in March, saying it would not resume teaching them "until a resolution has been reached" with objecting parents. Four other schools in Birmingham also suspended lessons about diversity shortly afterwards.

Since then a religious campaign against LGBT-inclusive teaching and RSE, led by mainly Muslim protagonists, has escalated.

Anti-RSE leafleters are targeting schools across much of England. Meanwhile increasingly intense protests outside Anderton Park Primary School in Birmingham forced the school to close early for the recent half-term break. The school's head teacher has also received threats.The NSS campaigns for evidence-based, age-appropriate education about sex and relationships for every child, regardless of their religious background, and is playing a major role in resisting the religious protests.

The NSS also campaigns to end faith schools and religious representatives' role in state education through its No More Faith Schools campaign.

Update 7 June 2019: The NSS has written to the school and governing body.