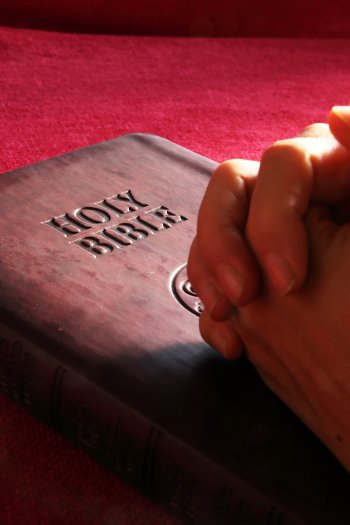 The National Secular Society has asked an equalities charity to reconsider its support for prayers at council meetings after the charity's chief executive dismissed concerns about their impact.

KECC chief executive Gurvinder Sandher claimed people from non-Christian faiths should respect the Christian tradition, saying: "This shouldn't be about our differences but as a way of bringing all faiths together."

He was responding after the chair of Kent Humanists, Steve Bowen, called prayers at the beginning of council meetings "exclusionary".

Bowen said: "Religion, and specifically the Christian religion, is still the default position in our national life despite being a minority belief in the 21st century but we live in a pluralist society."

KECC is a registered charity that says it aims to reduce inequality, eliminate discrimination and "promote good relations between diverse communities" to "strengthen community cohesion" in Kent.

In the letter, Mr Evans said he was "disappointed" that Sandher had "dismissed concerns that the prayers are exclusionary, alienating and undermine equality".

"Christians should respect non-Christians, including the non-religious, by not imposing Christian prayer on democratic processes that apply to us all."Council prayers may bring together those who do pray, but at the expense of discriminating against the great numbers of people who do not."

He said Sandher had revealed a "very disappointing lack of regard" for people of no faith, who make up over 50% of the UK population according to the latest British Social Attitudes survey.

"I would hope that Kent Equality Cohesion Council would seek to ensure that local authority meetings are conducted in a manner equally welcoming to all attendees, regardless of their individual religious beliefs or lack of belief. The inclusion of acts of religious worship in civic meetings can be inimical to this aim."

He asked KECC to "advocate for all elected councillors, and indeed members of the public, to be accorded equal respect and esteem at council meetings, regardless of their privately held religious beliefs, or indeed lack of them".

Nine of Kent's 14 local authorities have lord mayors, who can appoint chaplains to host prayers in council meetings and community events. The chaplains, who are often from the Church of England, address councillors at the beginning of full council meetings with prayers or blessings.

The south east is one of the least religious areas in the country, according to research by Professor Stephen Bullivant of St Mary's University in west London.

The National Secular Society campaigns for parliamentary and local government meetings to be conducted in a manner equally welcoming to all attendees, irrespective of their personal beliefs.

In 2012 the High Court ruled that local councils in England and Wales did not have the authority to include prayers on the agendas of council meetings after a judicial review initiated by the NSS.

But in 2015 parliament passed a bill allowing councils in England to hold prayers as part of their official business.