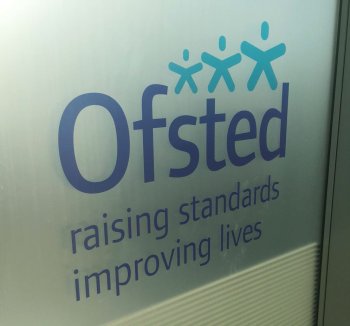 The National Secular Society has welcomed a commitment to inclusion in an updated school inspection framework for 2019 from the education watchdog Ofsted.

The education inspection framework handbook places a duty on inspectors to assess how far schools are compliant with equalities legislation. It also reflects the fact that Relationships and Sex Education (RSE) is now statutory.

The framework does not restore a duty to inspect community cohesion, which was removed when it was last updated in 2012.

Inspectors are expected to ensure schools are "developing and deepening" pupils' understanding of "fundamental British values" and "promoting an inclusive environment" in their assessment of schools' contribution to pupils' personal development.

"Fundamental British values" are defined as "democracy, individual liberty, the rule of law and mutual respect and tolerance".

Inspectors will specifically look for evidence of "pupils' understanding of the protected characteristics and how equality and diversity are promoted".

As part of the consultation on the new guidance Ofsted was required to carry out an assessment of how it would contribute to its statutory duty to promote equality. In its analysis, Ofsted says the new framework will "ensure that inspection is better able to play its part in advancing equality, diversity and inclusion".

The statement says independent faith schools are able to raise children in a religious tradition, but must also ensure they are "educated about the protections and rights that are afforded to all those with protected characteristics under British law".

Some independent faith schools had raised complaints over "whether it is possible to reconcile the requirement to ensure learners are prepared for life in modern Britain, including respect for all protected characteristics with their ability to teach the tenets of their faith".

The framework notes that Ofsted is "not able to comment on the quality of denominational education, religious education and collective worship" in state faith schools.

The NSS has long called for Ofsted to be given the power to inspect all aspects of maintained schools equally regardless of religious designation, and for an end to state-supported "religiosity inspections" of faith schools.

NSS head of education Alastair Lichten said: "An increased focus on inclusion is to be welcomed. Ofsted has an important role to play in preventing discrimination and narrow teaching within schools.

"Ofsted has been subject to significant lobbying by faith school advocates in the state and independent sector, who have urged inspectors to give special consideration to faith schools, including by overlooking conflicts between their religious ethos conflicts and equalities duties. We are glad the framework does not make such concessions.

"However, it only makes a small step in the right direction. Ofsted can only work within the current framework. As long as faith schools are legally permitted to practice various forms of discrimination, to compel worship, and to promote their religion over others and religion over irreligion, they simply cannot be inclusive.

"The government should restore Ofsted's duty to inspect community cohesion, expand its remit to cover religious education in all state schools and more rigorously examine school policies - particularly those concerning powers exclusively granted to faith schools for their impact on inclusion."

Stephen Terry, who chairs the Accord Coalition – a group which campaigns to make all schools including faith schools more inclusive – also welcomed the changes.

But he warned: "The new framework is not perfect and does not make up for the lower prioritisation given to inclusivity that followed changes in 2012. For example, until then schools were inspected on the extent to which they met their legal duty to promote community cohesion.

"Without schools being inspected on this measure, as the latest framework also does not propose, this important duty remains almost meaningless."

There are almost 11,000 responses to consultation on the draft inspection framework between January and April this year. The new framework will come into effect on 1 September 2019.