NSS broadly welcomes changes to RE and RSE in Welsh curriculum 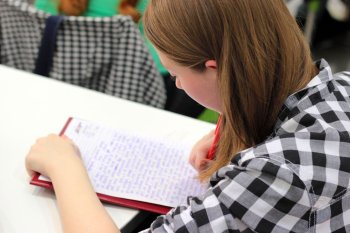 The National Secular Society has expressed broad support for reforms to the teaching of religion, relationships and sex which have been announced in the new curriculum for schools in Wales.

The curriculum includes an explicit reference to pupils learning about "non-religious worldviews" for the first time and moves religious education (RE) into a wider area of Humanities study.

It also includes a statutory requirement on schools to teach Relationships and Sex Education (RSE), which it describes as "a key enabler of health and well-being".

But the NSS has warned the curriculum will allow faith schools to continue to use RE to promote their worldview and to distort RSE.

The NSS has engaged with Welsh education ministers and officials throughout the drafting process.

The curriculum, which will be introduced in 2022 for all children currently in Year 3 or below, will see teaching organised around six "areas of learning and experience" (AoLEs).

RE will remain a statutory requirement and be contained in an AoLE on Humanities.

The Humanities AoLE is described as "central to learners becoming ethical, informed citizens of Wales and the world through engaging with contemporary and historical issues, exploring human experiences on their own doorstep and across the globe, and contemplating different perspectives".

The new curriculum means that RE must cover a range of religious views and "non-religious worldviews" that are "analogous to religions". This replaces a requirement that RE syllabuses reflect that "the religious traditions in Great Britain are in the main Christian, whilst taking account of the teaching and practices of other principal religions in Great Britain".

The curriculum will allow faith schools to continue to teach RE from a religious perspective.

Under the proposals bodies which determine RE curricula locally – Standing Advisory Councils for RE (SACREs) and Agreed Syllabus Conferences (ASCs) – will adapt and oversee, rather than create, the RE curriculum. SACREs, ASCs and faith schools will still have significant influence over syllabuses.

The NSS campaigns for the abolition of SACREs and ASCs and the introduction of a national entitlement to an impartial curriculum about the diversity of religious and non-religious worldviews.

Through the RE element of the Humanities AoLE, pupils will be expected to:

National Secular Society education and schools officer Alastair Lichten said: "We welcome the move away from religious exceptionalism and opportunity for a fresh approach by embedding religion and belief education within a wider humanities area of learning. Policy makers in England, where even modest reforms have been blocked by religious interests, should take note.

"The focus on the real world impact of a diverse range of beliefs on issues from the local to the international should improve the relevance and esteem of this often maligned or confused subject."

Despite the new curriculum, faith schools will retain existing powers to teach their RE syllabus from a faith perspective or to promote their religious ethos. In voluntary aided schools RE will continue to be inspected by religious groups and in voluntary controlled schools by both Estyn and religious groups.

Alastair Lichten said this split inspection regime would "lead to continuing confusion over whether RE is designed to teach children about different beliefs or to inculcate religious views".

"The retention of SACREs means that RE content will continue to be unduly influenced by those selected for their religious or Humanist views rather than educational experience. We hope this continues to be re-examined and alternatives such as local education networks made up of teachers and educational experts explored."

A new statutory RSE requirement will be provided through an AoLE on Health and Wellbeing and recognised as a key enabler of wellbeing.

Despite the new curriculum, draft RSE guidance makes clear that faith schools will continue to be allowed to teach RSE from their own perspective. Last year the NSS revealed that all 12 of the secondary state faith schools in Wales with sex and relationships education (SRE) policies were teaching the subject within the tenets of Catholicism or the Church in Wales.

Alastair Lichten said: "The commitment of the Welsh government and the new curriculum take a significant step towards our aim of a non-discriminatory, inclusive approach to RSE which prepares students with an age appropriate understanding of the diversity of human relationships and the rights and responsibilities they entail.

"However, despite our positive engagement with education officials, we remain concerned that a lack of clarity and core content could mean that faith schools continue to distort the subject, denying pupils comprehensive non-discriminatory information about sexuality, contraceptives and reproductive choices.

"While a non-proscriptive approach which focuses on what matters and leaves independence for schools has much to recommend it, this should not lead to large gaps and inconsistencies between schools based on religious designation."