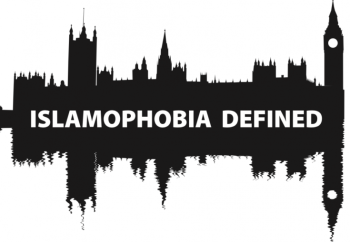 Lancashire County Council has rejected a proposed definition of 'Islamophobia' after the National Secular Society lobbied against its adoption, two weeks after the government did likewise.

The council rejected a motion to adopt the all-party parliamentary group on British Muslims's definition, along with the International Holocaust Remembrance Alliance's definition of antisemitism, in a debate last week.

The NSS wrote to councillors beforehand urging them to reject the Islamophobia definition, which was proposed by the all-party parliamentary group on British Muslims in a report in November.

The definition, which has been adopted by several political parties and councils, says "Islamophobia is rooted in racism and is a type of racism that targets expressions of Muslimness or perceived Muslimness".

The council's decision comes after the government rejected the definition earlier this month, amid lobbying from groups including the NSS.

In December the NSS coordinated a letter to the home secretary urging the rejection of the definition. The NSS and others also signed an open letter opposing the definition's "uncritical and hasty adoption" two weeks ago.

The Labour party, Liberal Democrats, Plaid Cymru, the mayor of London and all five major political parties in Scotland are among those who have adopted the definition in recent months.

The NSS has opposed the definition's adoption on the grounds that it conflates anti-Muslim prejudice with criticism of Islam and risks restricting legitimate public discussion.

"Under the all-party parliamentary group on British Muslims' definition of Islamophobia, those who criticise vaguely-defined 'expressions of Muslimness' could be accused of a form of racism. This would hasten the normalisation of blasphemy taboos.

"Those who raise concerns about religious privileges which undermine women's rights, animal welfare, LGBT rights and the principle of one law for all are routinely shouted down as Islamophobes and marginalised from public conversation.

"Anti-Muslim hatred is a growing problem which must be taken seriously. But we also need a robust discussion on the influence which religion, including Islam, has on British society. It's good to see an increasing pushback against the urge to respond to this form of bigotry by going along with the censorious whims of some 'Muslim community leaders'."

Labour opposition group leader Azhar Ali led efforts to adopt the motion in Lancashire. Members of the Conservative group, which is in power, expressed concern that the definition lacked "clarity".

Last year Lancashire County Council ratified a decision not to supply most non-stun meat to schools after a prolonged process. The council's stance was branded "Islamophobic" and "a political whip to kick people, especially Muslims and Jews" by Islamic pressure group Lancashire Council of Mosques.

See also: Islam must not be put above criticism, letter to the Sunday Times from NSS chief executive Stephen Evans, published this week.