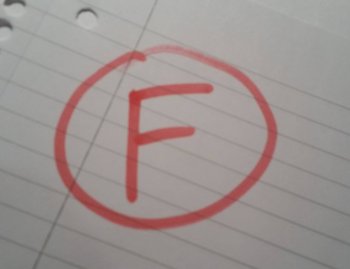 The government has warned six faith schools over their failures to meet safeguarding standards in its latest round of warning notices to independent schools in England.

Ofsted criticised safeguarding at Assunnah Primary School, an Islamic school forming part of a mosque complex in the Tottenham area of north London.

Inspectors said "at least 70 men" had joined each of three half-hourly prayer sessions at an on-site mosque, only some of whom were known to school leaders. The pupils' fire exit was not accessible during prayer sessions.

The inspectors added that leaders did not ensure staff receive safeguarding training, and there had been no school-based training on the Prevent safeguarding and counter-radicalisation strategy for three years.

Leaders also did not routinely inform the local authority when pupils left the school and were unaware of several pupils' destinations prior to the inspection. The register only recorded that they had "gone abroad".

Ofsted said English language teaching at Assunnah was "not effective". It said teachers' subject knowledge of written English was "poor".

Inspectors also raised concerns about a lack of parental engagement and "inadequate" governance.

Inspectors said pupils did not learn enough about "the risks they may face in life", including female genital mutilation and online safety. Some pupils told inspectors they would not tell their teachers if they were worried about a friend being drawn into a forced marriage, and some said they were anxious about sharing their concerns with inspectors.

Leaders did not "do enough to ensure pupils are safe" by routinely confirming the destination of pupils who have left the school, or "make careful enough checks when pupils miss school".

The curriculum also failed to prepare pupils adequately for "the opportunities and challenges of British society" because they had "very little opportunity to contribute to society or interact with the outside world".

Inspectors also noted that parts of the school were "in a poor state of repair and hygiene". They found toilets to be "dirty", with no soap, hot water, paper towels or sanitary bins. Pupils told inspectors that the sanitary bins are "often full and sometimes overflowing". In some toilets, "mould and damp were present, ceiling tiles were loose and wall tiles peeling away".

At Castle House School, a Christian preparatory school in Newport, Shropshire, the ISI found that employment history and references for new staff were not always checked. Failure to make adequate recruitment checks was also an issue at Lichfield Cathedral School and Sunningdale School in Ascot, Berkshire, both of which are Church of England schools. Safeguarding in recruitment processes was also criticised at Worth School, a Roman Catholic school in Crawley in West Sussex.

National Secular Society education and schools officer Alastair Lichten said: "This latest raft of failures shows a growing crisis in the independent faith school sector, which stretches back years and which inspectors are just beginning to grapple with. There are clearly providers who lack the most basic competency to run a school but for whom ideological enthusiasm trumps such concerns.

"That's before we even get to issues of narrowed curricula and inaccurate or extreme teaching. The independent sector is very diverse and schools have great freedoms. However, such freedoms are limited. Wherever children attend school they have the right to be safe and to an education that prepares them for more than just life in a narrow religious community."

The affected schools were required to submit action plans for improvement by the end of March and to implement them within two months. The notices were sent in February.