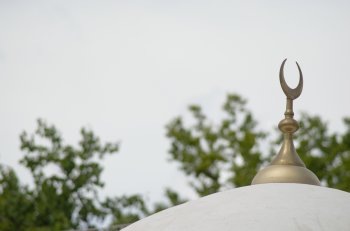 The charity regulator has said it will investigate three Islamic charities which have linked to extremist content, after concerns were raised by the National Secular Society.

The NSS, which campaigns to hold religious charities to account when they cause harm, wrote to the Charity Commission for England and Wales to highlight three registered Islamic charities, IslamBradford, Bolton Central Islamic Society, and The Preston Muslim Cultural Centre.

The NSS submitted a dossier of evidence to the Charity Commission that the charities were linking to content endorsing marital rape and execution for homosexuality and 'apostasy' on their websites.

In response, the Charity Commission told the NSS on Wednesday that they plan to "engage with the charities in question" and "seek explanations to the concerns as raised".

IslamBradford, which runs a mosque and madrasah (Islamic supplementary school), linked to a website called 'Islam Question & Answer' on its ' Resources' page.

The latter website says men who have sex with other men are "to be executed" and calls homosexuality "a great and abhorrent evil" which is "off-putting to those of sound human nature".

It adds that the "need" for women to cover themselves in front of a gay man "is even more emphasised" because he is an "immoral evildoer".

Those lines come in response to the question "Is it obligatory for a Muslim woman to cover her face in the presence of a gay man (homosexual)?".

In answer to the question "What is the punishment for homosexuality?" Islam Question & Answer says homosexuality is "one of the greatest of crimes".

It then outlines a number of punishments for homosexuals, including being "burned with fire", "thrown down from a high place" and "stoned to death".

The website also answers a question on why Muslims who leave Islam "should be killed" by comparing leaving a religion with treason, and says that Muslims who do not "repent" (i.e. rejoin Islam) "will be killed".

Islam Question & Answer says female genital mutilation (FGM) "is neither a bad practice or harmful, if it is done within moderation". It says Islam regards people of other religions as "sinners" who will "abide forever in the Fire of Hell".

IslamBradford also included a link to a website called 'New Muslim Guide' on its 'Accepting Islam' page. New Muslim Guide says a Muslim woman "must be attentive to her husband's sexual needs" and that a woman who rejects her husband's "legitimate sexual advances" is committing "a monstrous sin".

IslamBradford describes its activities on the Charity Commission website as "to invite to and educate non-Muslims about the true teachings of Islam" and "to engage and contribute to the wider community in which we live in Bradford".

The NSS was initially alerted to the link on IslamBradford by a concerned local resident. The resident told the NSS: "I am utterly astonished that a charity could promote such hatred towards others, going as far as advocating death, promoting FGM and encouraging separation based on religious belief."

The findings on the IslamBradford website promoted the NSS to investigate the websites of other Islamic charities.

Bolton Central Islamic Society, which runs the Taiyabah Masjid mosque and a madrasah, linked to PirGhulamHabib.com.

The latter website says gay men "are to be killed by the sword, according to the soundest opinion". It also implies that wives cannot unconditionally refuse sex with their husbands: "If a man calls his wife to his bed, let her respond, even if she is riding on the back of a camel".

It also linked to a website called Ask Imam, which answers a question posed by a Muslim teenage girl in the UK about homosexuality by condoning the death penalty for gay men.

Ask Imam says: "Today their [non-Muslims'] objection against Islam is regarding the permissibility of execution of gays and tomorrow they will object against the execution of adulterers".

It also condones the execution of those who leave Islam.

The Preston Muslim Cultural Centre, which also runs a mosque and a madrasah, included a books section with links to 1,330 titles that could be downloaded for free.

Among the books was one entitled 'Prohibitions that are taken too lightly'. This book says homosexuals are "to be killed by the sword" and a wife "should hasten to respond to her husband's call if he wants her", meaning she must not refuse him sex.

The three charities removed the links from their websites after being contacted by the NSS.

NSS chief executive Stephen Evans said: "It's alarming that registered charities that are supposed to be providing a public benefit are so brazenly promoting extremist views.

"Allowing regressive fundamentalist attitudes to fester and become normalised within segregated religious communities will undermine the rights of women, LGBT people and religious dissenters and harm efforts to promote integration and cohesion. We can't allow that to happen."

Last month the NSS found that over 12,000 charities exist solely to promote religion and some of them use public money to promote harmful practices in its report For The Public Benefit?. The report made the case for removing 'the advancement of religion' as a charitable purpose.

The NSS wrote to the Charity Commission to highlight the findings of its report when it was published.

In response to the latest developments the Charity Commission told The Sunday Times: "The public would rightly be concerned about views that are shared or expressed by a charity that promote violence or hatred."

Imam Masood of IslamBradford told the paper: "We do not endorse or teach any extremist views." He said it had been "unaware of the presence of content which could raise serious concerns".

Bolton Central Islamic Society did not respond to The Sunday Times's requests for comment.