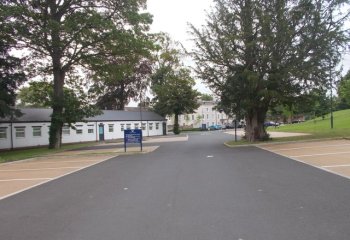 The National Secular Society has questioned the legality of a policy at a school in North Yorkshire which requires non-religious, but not non-Christian religious, pupils and teachers to attend Christian services.

Yarm School, an independent school for children aged 3-18, required all children to attend its 2018 Christmas carol service except those "actively engaged in an alternative, non-Christian, religious faith".

A school memorandum said children would be excused from attending if they were "Jewish, Muslim, Hindu etc". It explicitly stated that the concession did "not apply to pupils who are agnostic or atheist and so do not follow a faith".

The NSS wrote to the school over the Christmas service in January but received no response. The school has since allowed "only those pupils of specified faiths" to exempt themselves from an Easter service.

The school's policy towards teachers mirrors that towards children.

The NSS has now written to the school's headmaster again to reiterate its "serious concerns about the equality implications and dubious legality of this policy".

NSS chief executive Stephen Evans wrote that the exceptions implied "a fundamental misunderstanding of human rights norms" as they had wrongly created "a hierarchy of beliefs worthy of protection".

He highlighted the fundamental right to freedom of thought, conscience and religion which is enshrined in the European Convention on Human Rights and a range of national, international and European laws.

"Freedom of religion involves negative rights, that is to say the freedom not to belong to a religion and not to practice it. Religious freedom therefore protects the right to non-religious beliefs, such as atheism or agnosticism.

"It therefore follows that if an exception is granted to members of non-Christian religious faiths, the same right should be extended to non-religious members of the school community. Anything less would be discriminatory."

As Yarm School is an independent school with a Church of England religious ethos, it has exemptions from anti-discrimination and harassment provisions in equalities legislation with regard to the way it provides education.

But the NSS argues that the school's policy could still be in breach of the Equality Act of 2010 and is exploring the possibility of a legal challenge.

Explaining his decision to write the letter, Mr Evans said: "In a country where over the half of the population are non-religious, the school's policy reveals an alarming level of prejudice. Non-religious beliefs are as worthy of protection as religious ones.

"We hope the school takes this issue seriously and reflects on the significant legal and ethical concerns we have raised.

"Irrespective of the legal position, the school's policy is clearly discriminatory and wrong."

Update: Yarm School replied to the NSS's letter on 26 April 2019. It said it would "take stock of" the letter and consider changing its policy as part of a wider annual review which it is undertaking this term.