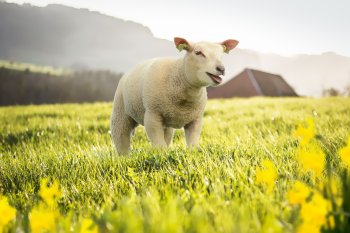 A group of cross-party MPs is calling for meat produced from religious non-stun slaughter methods to be clearly labelled to allow consumers to make an informed choice.

At least 21 MPs have put their names to a proposed amendment to the Agriculture Bill – to introduce labelling to indicate the slaughtering method.

It would require all meat products to be labelled as to the method of slaughter. The labelling would include a statement on whether the animal was stunned during the process.

At present, there is no requirement for meat from non-stun slaughter to be labelled. Meat from animals killed under the religious exemption is supposed to be produced for "the food of Muslims" or "the food of Jews".

In practice there is minimal targeting of supply and meat from non-stun slaughter is routinely sold or served to consumers who do not want their meat to be prepared in this way.

The National Secular Society has been lobbying parliamentarians for the repeal of the religious exemption to the animal welfare law, and for a labelling requirement while the exemption is in place. The NSS is supporting the proposed amendment to the Agriculture Bill.

Stephen Evans, the NSS's chief executive, said: "Welfare standards introduced to minimise animal suffering should apply equally to all and without exemption. Religious exemptions that allow animals to be slaughtered without pre-stunning should therefore be repealed.

"In the meantime, it is important that mandatory method of slaughter labelling is introduced so that consumers are not unwittingly consuming non-stun meat and always have the option of buying meat from animals slaughtered in a humane way."

Food minister David Rutley MP told the NSS: "The government is aware that there is public concern about meat from animals slaughtered in accordance with religious beliefs being sold to consumers."

He said the government "respects the rights of Jewish and Muslim communities to eat meat prepared in accordance with their religious beliefs". But he added that "consumers should have the necessary information available to them to make an informed choice about their food".

Parliamentary support for mandatory labelling is strong. Over 90 MPs have put their name to a motion calling for the introduction of specific labelling to identify meat that has been pre-stunned before slaughter.

The Food Standards Agency (FSA) 2018 slaughterhouse survey recently revealed that in 2018 over 94 million cattle, sheep and poultry were slaughtered without being stunned first in England and Wales.

The move to introduce labelling comes as MPs debated non-stun slaughter during a Westminster Hall debate on Wednesday. During the debate Conservative MP Laurence Robertson said he was "not concerned about expressions of religious belief" but thought "beliefs sometimes have to be tempered by the fact that we should not cause another living thing harm when that can be mitigated."

He said that having considered the evidence, he thought there was a "strong case to be made for the banning of non-stun slaughter".

The Agriculture Bill completed its committee stage in November 2018, but no date has yet been set for the Bill to have its report stage and third reading.