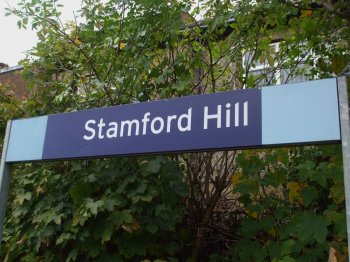 Southwark crown court heard charities set up for "the advancement of Orthodox Jewish faith" had been used to launder more than £10m through illegal sales of Viagra and slimming pills, the Evening Standard reported on Wednesday.

Father and son Edward and David Cohen, who set up the charities, allegedly conducted "money laundering on a gigantic scale" through an international network of bank accounts and companies.

Investigators claim £10.2m of a total income of £18.7m made by the network between 2012 and 2014 can be identified as laundered money. The Cohens were said to be concealing the profits from illegally selling prescription drugs online across Europe.

The Cohens are trustees of the charity Chabad UK, and previous trustees of charities Mamosh Worldwide Limited, Ozer Dalim Limited and Havenpoint Worldwide. These charities all share the same address in Stamford Hill in Hackney, London.

The Cohens have been accused of falsely reporting to the Charity Commission that their charities have no income. They have denied the charges.

Stamford Hill has the largest Hasidic Jewish community in Europe, with an estimated population of 30,000. Hasidism is a subgroup of Charedi ('ultra-Orthodox') Judaism.

The NSS, which campaigns to hold religious charities to account when they cause harm, is concerned there may be many other charities operating within the community that are being used to conduct or facilitate fraud.

In its recent report that challenges the advancement of religions as a charitable purpose, For the Public Benefit?, the NSS highlighted suspicious activities of Agudas Israel Community Services (AICS). AICS, which is registered in Stamford Hill, had given members of the community advice on how to commit benefit fraud, according to a 2018 BBC Radio 4 documentary. AICS has denied any law-breaking.

The BBC also said some charities in the Charedi community use a cheque scheme to facilitate benefit fraud, but did not indicate which charities are alleged to be involved.

The NSS also expressed concerns over Ezer V' Hatzalah Ltd, another charity registered in Stamford Hill, over its lack of transparency. It failed to disclose how £12 million it gave in grants in 2016 was used despite multiple requests.

Ezer V' Hatzalah Ltd is one of the wealthiest Orthodox Jewish charities in England, with a reported income of over £14 million in 2017.

There are 251 charities registered in Stamford Hill and other parts of Hackney that advance the Orthodox Jewish faith, according to the Charity Commission. Thirty-one of these have overdue financial documents.

Megan Manson, campaigns officer for the NSS, said: "Charities operating within insular religious communities are particularly vulnerable to abuse, because there is little incentive for transparency and because members of the community may be fearful about speaking out."

"Reports suggest fraud is rife within the Charedi community. Charity regulators need to take this seriously and investigate any charity suspected of illegal or harmful activities."