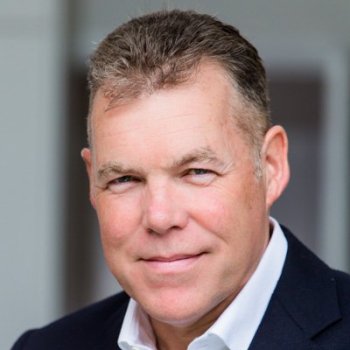 The adoption of a proposed definition of 'Islamophobia' would have a "seriously detrimental impact" on efforts to keep the UK safe, a former counter-terrorism chief has warned.

Richard Walton said adopting the definition could lead to government departments, the police, intelligence agencies and other public bodies being branded "institutionally Islamophobic".

Walton, the former head of Scotland Yard's counter-terrorism branch, made the claims in a report published by the Policy Exchange think tank on Monday entitled Islamophobia – Crippling Counter-Terrorism. He co-wrote the report with Policy Exchange's senior research fellow Tom Wilson.

The definition the authors criticised was proposed by the all-party parliamentary group (APPG) on British Muslims in a report published in November. The APPG claims that "Islamophobia is rooted in racism and is a type of racism that targets expressions of Muslimness or perceived Muslimness".

Since then several prominent MPs and campaign groups have urged the government to adopt the definition. The Labour party, the Liberal Democrats, the mayor of London and several local authorities have adopted the definition. Last week all five of Scotland's major political parties joined them.

The National Secular Society, which campaigns to uphold the principle of free speech on religious matters, is encouraging the government not to adopt the APPG's definition. In December the NSS co-ordinated a letter, signed by six other activists, which urged the home secretary to resist calls to adopt the definition.

The Policy Exchange report said the APPG had fallen into "the trap of attempting to define a political construct".

"In doing so [it] confused issues of religion and theology with raw political questions and [has] left a demonstrably open field for damaging and even absurd conclusions."

It said government acceptance of the definition would "seriously undermine the effectiveness of the UK's counter-terrorism strategy" and harm public confidence in the agencies charged with combating terrorism.

It said the "highest threats to the UK's national security" have been "largely but not exclusively Islamist threats over the past 25 years". At the end of September 2018 80% of those in custody for terror-related offences in Great Britain were categorised as holding Islamist extremist views.

It said the APPG's report claims a "clear linkage between Islamophobia and counter-terrorism initiatives in a way that can only serve to undermine the legitimacy of government policy and practice in this area".

It said the report's argument that the 'targeting of Muslimness' should be adjudged as 'racial discrimination' would create an opportunity "to brand the component parts of the UK counter-terrorism criminal justice system as 'institutionally Islamophobic'". It added that it is "inevitable" that Islamist groups would exploit this opportunity.

It said the definition would deter police from stopping and searching extremists at ports or after terrorist attacks and undermine counter-terrorist officers' efforts to disrupt and prosecute terrorist groups.

It said it would make it harder for public sector organisations to fulfil their duties under the Prevent strategy.

It said the proposed definition "risks diminishing freedom of speech and impairing our ability, as a society, to debate the causes of Islamist extremism". It added that the definition could "effectively introduce a blasphemy law which could result in police interventions and arrests by officers for alleged Islamophobic ('racist') words and behaviour".

It said the adverse impact on counter-terrorism efforts would include a negative impact on efforts to keep "Muslim communities safe from far-right terrorism" and to tackle "intra-Muslim sectarian attacks".

As an alternative to the adoption of the definition it suggested the Commission for Countering Extremism could draft a code of practice on extremism which included both anti-Muslim and intra-Muslim hatred.

In remarks reported by The Times, Walton said: "There is no doubt in my mind that [the APPG's] definition of Islamophobia would severely damage the work of counterterrorism police as well as the security service, MI5.

"This would make terrorist attacks more likely to succeed and the country less safe as a whole."

A former reviewer of terrorism legislation, Alex Carlile, backed the report's conclusions. In the report's foreword he wrote that "successful and accepted counterterrorism measures would run the risk of being declared unlawful".

NSS spokesperson Chris Sloggett said the report had "highlighted some particularly alarming consequences which would come from adopting the APPG's ill-thought-out definition".

"The government often rightly says its first duty is to keep people safe. This report, co-authored by a former head of counter-terrorism with the Metropolitan Police, shows that adopting the proposed definition of Islamophobia would undermine its efforts to do that.

"The report also highlights the concern that the definition poses a threat to free expression on religion. Our society needs a rigorous public debate on how best to tackle intolerance and violence, including that inspired by interpretations of Islam.

"The government should read this report and consider its conclusions carefully."