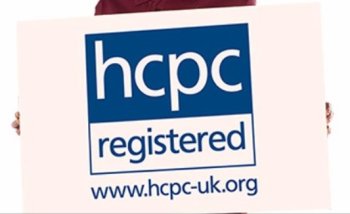 A psychologist who has publicly encouraged Muslims to adopt a "psychological" or "mental health" response to same-sex attraction is being professionally investigated after the National Secular Society raised concerns.

The NSS wrote to the Health and Care Professions Council (HCPC) to question whether Dr Kate Godfrey-Faussett's views were compatible with its standards.

The NSS has also raised her case with the British Psychological Society (BPS) – a registered charity which acts as the representative body for psychology and psychologists in the UK.

Godfrey-Faussett is registered with both the HCPC and the BPS.

She has played a prominent role in Stop RSE, a primarily Islam-based campaign against relationships and sex education (RSE) in schools.

As part of her campaigning she has said many young Muslims were "turning to same-sex relationships because they haven't had the guidance" and bemoaned the "queering" of the "Muslim community".

He highlighted a memorandum of understanding on 'conversion therapy' which asserts that efforts to try to change or alter sexual orientation through psychological therapies are unethical and potentially harmful.

He also highlighted the fact the Stop RSE campaign has promoted material saying the punishment for homosexuality is death.

NSS research has found that downloadable resources which were available on Stop RSE's website as recently as February (since withdrawn) included a book which endorses lashing and killing gay people.

According to The Observer, the HCPC accepts the NSS's concerns fall within its remit and is now gathering relevant information to judge against its conduct, performance and ethics standards.

A spokesman for the council told the paper: "We are aware of concerns about Kate Godfrey-Faussett and are looking into what action, if any, we need to take. We have a duty of confidentiality to all parties involved and it would not be appropriate for us to comment further."

The BPS also said it would investigate. In a statement its chief executive Sarb Bajwa said the body was "extremely concerned" about Godfrey-Faussett's views, adding that they were "in direct conflict with our values".

He added that the investigation "could result in Dr Godfrey-Faussett being removed from our membership".

"Dr Godfrey-Faussett appears to regard homosexuality as some sort of illness. We are keen to know whether such views are compatible with registration of professional bodies."

Godfrey-Faussett recently started a petition calling for parents to have the right to opt children out from RSE classes. The petition generated more than 100,000 signatures and secured a debate in parliament on 25 February, gaining support from MPs from across the political spectrum.

Godfrey-Faussett has also claimed moves to make RSE compulsory in schools are part of a "totalitarian endeavour to indoctrinate our children in secular ideologies" and criticised "the promotion of the homosexual agenda".

Stop RSE has promoted recent protests against diversity lessons in several schools in Birmingham. Several schools have recently suspended their lessons amid objections from predominantly Muslim parents to the inclusion of references to LGBT people.

The campaign has also promoted a letter for parents who wish to withdraw their children from RSE lessons which has been distributed among parents at seven schools in Greater Manchester.

"Those behind them are undermining legitimate, age-appropriate education which introduces children to issues and people they will inevitably encounter in a healthy, pluralistic society.

"The demand to impose religious conservatism on state schools is unreasonable and needs to be resisted. Parents do not have the right to demand that schools teach their children in a way that reinforces their worldview, particularly when their worldview is exclusionary. And those spreading myths must not be allowed to influence the way schools teach.

"The Department for Education has repeatedly said it backs teachers and school leaders. It needs to match these words with actions. It must work to counter anti-RSE campaigners' misinformation and make clear to parents that schools will not be making concessions."

This weekend Godfrey-Faussett said she had not been informed of the details of the complaint to the HCPC, other than that it had been made by the NSS.

"I have simply tried to warn people of the underlying liberal secular agenda of RSE and the harm that it may cause children – and is, in fact, already causing based on reports I am receiving from parents. It is well known that if you speak out against the secular narrative they will silence you through smear campaigns and getting you struck off professionally."

This story was updated on Tuesday 2 April to reflect the fact the BPS had made a statement.