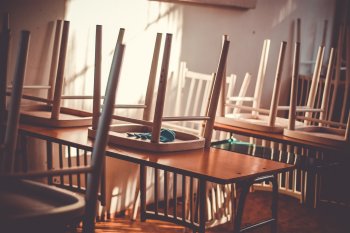 The National Secular Society has said a code of practice for out-of-school educational settings (OOSES) should be mandatory in response to a government consultation on the subject.

The Department for Education (DfE) consultation came as it proposed introducing a voluntary safeguarding code of practice for OOSES in England. The DfE backtracked on plans to introduce a compulsory code last year under pressure from religious groups.

OOSES are institutions which provide tuition, training, instruction or activities to children in England without their parents' or carers' supervision, other than schools, colleges, academies and registered carers.

The NSS said a voluntary code had "potential to drive improvements in the OOSS sector" but may not adequately protect children's welfare unless it was "mandatory and enforced where proportionate".

The NSS said local authorities should take action whenever OOSES were "found to be providing an unregistered school, or to be a risk to children's welfare".

It added that the authorities should consider statutory changes to give local authorities the power to close OOSES.

The NSS, which has played a crucial part in exposing unregistered faith schools, stressed the importance of ensuring legitimate OOSES are not used as cover for illegal schools.

The society said OOSES should not be children's "primary education provider" and government guidance should make this clear to parents.

The NSS called for statutory changes to prevent corporal punishment in OOSES and to mandate the reporting of suspected child abuse to the authorities.

The NSS campaigns for a law requiring the reporting of suspected child abuse as part of its work to prevent, and secure justice for the victims of, clerical abuse.

The society also campaigns to ensure children's rights are not undermined on account of others' religion or belief.

The NSS said the Charity Commission, which regulates charities in England, should consider taking action against charities which provide out-of-school education but fail to register as OOSES.

And the society reiterated previous calls for stronger civil society responses to extremism and sectarianism.

NSS education and schools officer Alastair Lichten said: "Introducing a code of practice for out-of-school educational settings has the potential to prevent serious abuses of children's rights. That should be a major priority for the DfE, so it's regrettable that the government has decided not to make the code compulsory.

"The code should provide guidance to local authorities in their child safeguarding responsibilities. But unfortunately, the institutions most in need of attention are unlikely to sign up to a voluntary code.

"The government shouldn't shy away from taking necessary action to protect children's rights under pressure from religious groups."