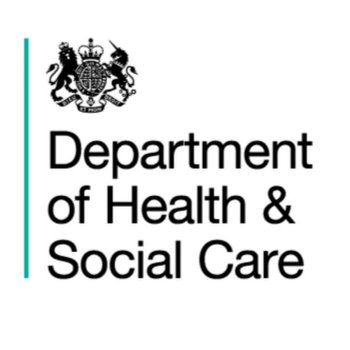 The National Secular Society has questioned why the government required someone with "a faith background" when advertising for a board member of a regulator overseeing fertility treatment and research.

The Department of Health and Social Care (DHSC) advertised for a non-professional board member of the Human Fertilisation and Embryology Authority (HFEA) in November. The advert sought to "appoint a new lay member, with a faith background".

It said the successful applicant should have "experience of working in or with a faith community" and "an ability to operate independently of any particular faith institution or body". It added that "a suitably qualified minister of religion may apply".

It said the appointee would be expected to "build and retain public and professional confidence in the regulation of fertility treatment and embryo research" and "play a key part in the effective and successful governance of the HFEA".

One of the three members of the assessment panel deciding on the appointment, William Fittall, was the former secretary general of the Church of England's general synod.

The NSS wrote to the HFEA at the time to express concerns that the advert discriminated against those who are not from religious backgrounds and undermined the regulator's independent status.

Dr Antony Lempert, the chair of the NSS's Secular Medical Forum, wrote that "many people who do not affiliate to a faith community" would be able to fulfil the requirements of the role.

"Restricting public appointments to people of certain beliefs or communities risks prioritising religious views at the expense of wider ethical principles and risks appointing people who are less likely to challenge widely held views from within faith communities."

The DHSC, which oversaw the appointments process, responded. It said it had "undertaken a targeted campaign" after nobody from a faith background was appointed in an earlier effort to "enhance the diversity of the authority".

Jeremy Mean, the DHSC's deputy director of health ethics, said the department's intention had been "to appoint someone with skills that derive from their experience of working on faith issues".

He said it was "common" for institutions to seek "skills and abilities" which had been "developed in particular settings".

He said members with a faith background would not take their positions "as representatives of a particular faith" or appointed out of "the belief that only people of faith are capable of bringing an ethical perspective".

He added that a Humanist celebrant had been shortlisted during the earlier attempt to make the authority more diverse.

In a further response Dr Lempert said the DHSC had not satisfactorily addressed his original concerns.

He questioned how relevant the shortlisting of the Humanist celebrant for an earlier job was to the new query, adding that non-religious people are not exclusively made up of Humanists.

And he added that the DHSC had failed to explain why the former secretary general of the Church of England was one of the members of the appointments panel.

Explaining his decision to write the follow-up letter, Dr Lempert said the DHSC had left "outstanding questions" which should be answered.

"Job adverts shouldn't discriminate based on religion or belief unless there is a genuine occupational requirement to do so. The DHSC has failed to provide an adequate explanation for its decision to hire someone with skills gained in a faith setting.

"It is also difficult to see how this advert could reasonably be justified as commensurate with HFEA's mission. This regulator exists to ensure fertility treatment and research are conducted in the best interests of patients and taxpayers. Deferring to religious interests risks undermining its efforts on both counts."

The board is made up of both professional and lay members, whose role is to scrutinise and challenge its executive.

The role advertised in this instance required three days' worth of work per month, and the appointee was set to be paid £7,883 per year.