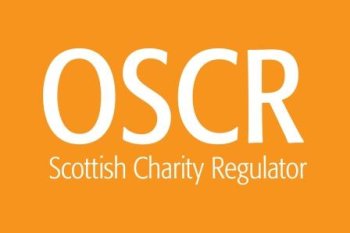 The National Secular Society has called on the Scottish government to remove 'the advancement of religion' as a charitable purpose in response to a consultation.

The Scottish government launched a consultation in January seeking views on "potential improvements" to charity regulation in light of proposals from the Office of the Scottish Charity Regulator (OSCR).

The NSS said the consultation provided "a good opportunity" for the Scottish government to re-examine the 'charitable purposes' under which a charity can register. It said that the government should specifically consider removing 'the advancement of religion' as a charitable purpose.

In its response to the consultation the NSS included its new report, For the public benefit?, which makes the case for removing 'the advancement of religion' as a charitable purpose.

The report cites various examples of religious charities carrying out or facilitating harmful activities that outweigh any public benefit. It highlights the case of Buckfast Abbey Trust, the charity behind the monk-brewed Buckfast Tonic Wine widely associated with violent crime in Scotland.

Megan Manson, campaigns officer at the NSS, said: "This consultation presents an excellent opportunity for Scotland to make improvements to the charitable sector. We welcome many of the proposals put forth that would help the increase transparency, accountability and public confidence in charities.

"This is also an ideal time for Scotland to consider the concept of 'charity' more broadly, and specifically to re-consider the public benefit of giving charitable status to organisations that exist only to advance religion. As our new report argues, advancing religion is not inherently a public benefit and, in some cases, can even harm the public.

"That's why all charities, whatever their religious or secular ethos, should be required to demonstrate a tangible public benefit. Including 'the advancement of religion' as a charitable purpose means that religious charities do not have to demonstrate public benefit to a meaningful degree, because there's still an assumption that religion is in itself beneficial. It's now time to challenge that idea."

The NSS said the OSCR's proposals to publish full annual reports and accounts for all charities on the Scottish charity register would "increase transparency and public confidence", as would its plan to publish the names of trustees on the public register.

The NSS also agreed that criteria for automatically disqualifying trustees and those employed in senior management positions in charities should be extended to match the criteria for England and Wales, as this would "help to protect charities from abuse".

The consultation proposed that the OSCR be given greater powers to issue positive directions to charities, and to de-register charities that persistently fail to submit annual reports and accounts. The NSS supported both proposals as a means of protecting charities from misconduct.

The NSS agreed with a proposal to ensure all charities in the Scottish charity register should have a connection to Scotland.

The consultation also proposed that the OSCR should be able to make inquiries into former trustees and managers of organisations that are no longer charities in cases of serious misconduct. The NSS said this was particularly important in child safeguarding cases, as victims of child abuse are often only able to report what happened to them years after the abuse.

The NSS also highlighted the fact that in Scotland, 59% of the population are non-religious and 60% have never attended church outside of weddings or funerals, according to a 2018 poll.

The consultation closes on Monday.