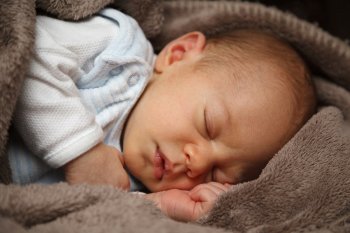 The National Secular Society has called on the National Society for the Prevention of Cruelty to Children to reconsider its position on non-therapeutic male circumcision after it defended the practice.

NSS chief executive Stephen Evans wrote to the NSPCC after it deflected a question about the similarities between infant male and female genital cutting on Twitter last week.

In response to a query asking why its website only covered female genital mutilation, the NSPCC tweeted: "FGM is illegal and a form of child abuse.

"The evidence on MGM isn't strong enough to suggest that male circumcision should be considered a form of child abuse, when considering the physical, religious and social implications.

"We understand that some parents see circumcision as being in the best interests of the child and it's vital that it's carried out by expert practitioners and that any risk and suffering for the child is minimised."

In his letter Mr Evans said the NSPCC's position was "difficult to reconcile with a consistent approach to other forms of non-therapeutic body alteration on children".

He added that non-consensual circumcision undermined children's right to religious freedom by irrevocably depriving them of the chance to dissociate from practices or customs with which they disagreed.

"Freedom of religion and belief belongs to the individual person; otherwise it is not freedom. The surgical assignation of a child's genitals with the religious beliefs of his parents stands in stark contrast to this freedom by making assumptions about the child's later beliefs and then making irreversible changes to the most intimate part of his body before his beliefs could possibly be known."

He said individuals' right to express and practice religion were "subject to the rights and freedoms of others" under Article 9 of the European Convention on Human Rights.

And he noted the growing recognition that non-therapeutic circumcision was a violation of children's right to bodily integrity. In recent years the Council of Europe, the Nordic children's ombudsmen and the Child Rights International Network have been among those to condemn the practice.

Medical ethicist Dr Brian Earp, who will address the subject of children's bodily integrity at the NSS's Secularism 2019 conference, was among those to criticise the NSPCC's position on Twitter.

He said the NSPCC's view was "uninformed", asked whether the organisation was "regurgitating popular clichés" and pointed out that the overlap between male and female cutting is well established.

Explaining his decision to write the letter, Mr Evans said: "The NSPCC has a tremendous track record of protecting children, but appears to have a blind spot when it comes to the ritual cutting of boys' genitals.

"With a growing global consensus that forced genital cutting is harmful and represents a fundamental violation of the child's right to physical integrity and autonomy, the time has come for child protection agencies to review their stance. All children should deserve the same level of protection, irrespective of their religious or cultural background.

"Religious privilege and cultural sensitivity should play no part in the formulation of policy when it comes to protecting vulnerable children from harm and abuse."

Last year a poll found that 62% of people in Britain would support a law to ban the cutting of children's genitals for non-medical reasons. The poll results emerged as Icelandic lawmakers considered introducing a similar measure.