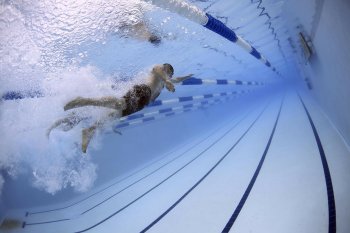 A community group has renewed an offer to pay for trial Sunday openings of a leisure centre on the Isle of Lewis amid Sabbatarian opposition.

Families into Sport for Health (FiSH) has written to Western Isles Council to offer to pay for a six month opening of Stornoway's leisure centre and swimming pool on Sundays.

The council turned down a previous offer of funding in 2016 after FiSH raised over £11,000 through a crowdfunding appeal, including a £1,550 contribution from the National Secular Society. Leisure centres on Lewis and Harris have been traditionally closed on Sundays in observation of the Christian sabbath.

In his letter to Western Isles Council, FiSH campaigner Uisdean MacLeod wrote: "We would like to see the trial starting at the autumn/winter term 2019/20. This should allow sufficient time for discussion and to iron out any operational changes required."

FiSH says it wants the chance to present its case to councillors who are "unaware of the level of demand for this service".

FiSH has lobbied the council for Sunday pool access in Stornoway for a number of years.

In response to the letter a spokesman for the council told The Press and Journal: "There has been no change of policy in the council's position. No trial has been agreed."

In 2016 more than 20 campaigners tried to present a cheque to fund a trial in front of the council's headquarters in Stornoway. The council rejected the cash, saying its decision was for "operational reasons" rather than religious ones.

But remarks from individual councillors suggest Sunday opening is being resisted on Sabbatarian grounds.

When discussing the issue in 2017 one councillor said: "It is a matter of conscience for me as I have to stand up for what I believe in and that is in God."

Another responded: "Before my election, my personal leaflet distributed to the electorate stated a commitment to uphold Christian values if elected and I believe the fourth commandment, 'Remembering the Sabbath day, to keep it holy' is one such value."

The Isle of Lewis's website says: "Sundays are a very special day on both the Isle of Lewis and Harris, in that virtually all commercial activity ceases and a large proportion of the population attends church."

An NSS spokesperson said the council's response to FiSH "strongly suggests this is a row about religious impositions on Lewis residents' leisure time".

"Western Isles Council's bluff has been called and the legitimacy of its explanation for refusing to conduct the trial has been called into question. It should now engage with FiSH campaigners and make an effort to provide the service they seek.

"It is not reasonable for Sabbatarians to stop Lewis and Harris residents who wish to use the leisure centre on Sundays from doing so."

Last year Lewis's only public cinema, the An Lanntair arts centre, carried out a trial of Sunday screenings, prompting protests by church groups.

Following the successful trial, managers at the arts centre have now made Sunday opening a permanent fixture. 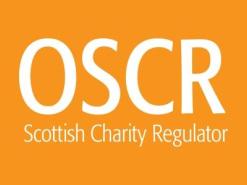 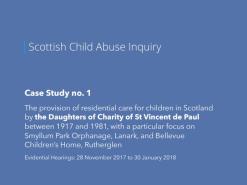 Ten people are suing a religious order which ran two Scottish orphanages where many children were physically and sexually abused.