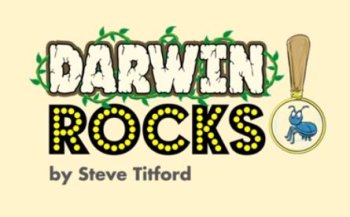 A school has cancelled a play about the discovery of evolution amid objections from Christian parents, leading the National Secular Society to call for a stronger response to "unreasonable parental demands".

Hartford Manor Primary School in Cheshire cancelled plans to put on the play Darwin Rocks after parents of eight of the 40 pupils involved said they would withdraw their children.

A parent told the NSS the objection was made on religious grounds by a small group of individuals with a Creationist agenda.

The school said the parents objected to the play's portrayal of Samuel Wilberforce, a 19th century Church of England bishop who denigrated the theory of evolution.

The school said it consulted with teachers after it received the complaints, and they said they wanted to perform something else. As a result the head cancelled and decided to run a play based on traditional tales instead.

Teachers had already started practising songs from Darwin Rocks with pupils when the production was cancelled.

The primary school curriculum requires schools to teach about evolution and the way living things have adapted to suit their environments.

NSS chief executive Stephen Evans said: "Schools should have the confidence to face down unreasonable parental demands. Objections to children learning about evolution – including the Church of England's historical hostility to it – clearly fall under this description.

"Schools should broaden pupils' horizons and need to be supported to do that when faced with external pressure demanding that the education their children receive conforms with parents' religious views."

Some parents at the school said it was "unacceptable" that their children had been denied the chance to take part in Darwin Rocks.

One parent, Alan McDonald, told The Independent: "It really does feel like a huge step backwards. It doesn't seem evenhanded or in any way right.

"It seems ridiculous to whitewash history and replace it with something entirely vacuous.

"I think it is just a thinly veiled attempt to cram religious views over the top of scientific fact which I think is shameful personally."

The school's headteacher Simon Kidwell said "in hindsight" he thought changing the play was "a hasty decision".

"We could have put more effort into looking at whether we could have adapted it to make sure it was inclusive of everybody.

"I have apologised to the parents and we will consider putting it on in future years if we can make sure those bits are edited so it is inclusive for everybody."

The episode comes shortly after around 400 predominantly Muslim parents objected to a Birmingham school's programme teaching children about homosexuality. Parkfield Community School has since defended its decision to run the No Outsiders programme.

But the assistant headteacher who piloted the scheme, Andrew Moffatt, resigned from another local school in 2014 after Muslim and Christian parents objected to the fact he was openly gay.

Last year a primary school in east London that restricted hijabs and fasting was forced to back down on its policies following an aggressive campaign from opponents.

In recent months there have also been increasing reports of parents withdrawing their children from educational visits to mosques.