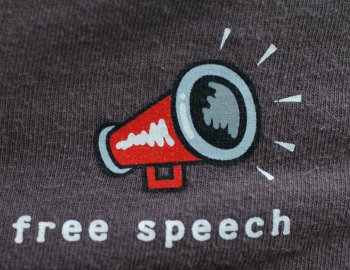 The National Secular Society has urged the Scottish government to protect free speech and abolish blasphemy laws as it considers proposals to change legislation around hate crime.

The call came in a response to a government consultation on plans to ensure legislation is "fit for 21st century Scotland" and "affords sufficient protection for those that need it".

The recommendations for reform stem from a recent review of hate crime legislation in Scotland by Alastair Campbell (Lord Bracadale). They include proposals to create a set of offences dealing with threatening or abusive conduct which "stirs up hatred" and other measures to tackle hate crime, prejudice and sectarianism.

But the government has said it has "no plans at this time" to formally abolish the offence of blasphemy.

In its response the NSS raised concerns that the introduction of new offences related to the "stirring up of hatred" could pose a threat to freedom of expression. The NSS recommended that such laws should be framed towards incitement – establishing a clear and causal link between speech and any criminal action it encourages.

The NSS added that any new offences concerning the stirring up of hatred must contain an explicit freedom of expression provision that protects speech that may "shock, offend or disturb".

The consultation also considered whether sectarianism should be included within new hate crime legislation and, if so, how it would be defined.

It also criticised a proposal to limit the definition of sectarianism to Protestant/Catholic conflict, describing it as "short-sighted and inadequate for dealing with Scotland's growing religious diversity".

The NSS welcomed the government's acknowledgement that legislation on its own will not end sectarianism, and said it was "deeply regrettable that Scottish schools continue to entrench and sustain sectarianism".

"Any serious attempt to tackle sectarianism must include a move towards an inclusive and secular education system where children of all faith backgrounds and none are educated together.

"Social cohesion is best served by educational settings being inclusive environments where students are able to mix and build positive relations with those from different backgrounds. Scotland's longstanding commitment to state funded denominational education is inimical to this and should be urgently reconsidered."

Finally, the NSS said any process to review and update Scottish legislation should include a commitment to repeal the criminal offences of blasphemy and heresy from Scottish law.

It said the fact that these laws are seldom used only "serve to highlight their inapplicability and provides no justification for keeping these archaic offences in statute."

Commenting on the response, NSS chief executive Stephen Evans said: "Hate crime has a corrosive impact on communities as well as broader society, and we welcome effort to tackle it. We believe that a secularist approach to policy and law has a key role to play in countering hate crime and minimising the harm that it can inflict upon individuals and society.

"Any serious attempt to ensure legislation is fit for 21st century Scotland must also entail the abolition of blasphemy. The existence of Scotland's blasphemy laws seriously undermines its ability to speak out against human rights abuses under the guise of blasphemy elsewhere in the world.

"Abolition would be a strong signal of the government's willingness to fully protect free expression and comply with international human rights norms."

You can respond to the government's proposed changes to the Scottish Hate Crime legislation here. The consultation closes on 24th February 2019.