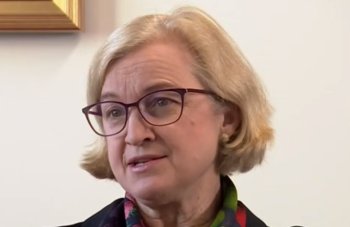 The chief inspector of England's schools has said all children should learn about same-sex couples amid increasingly loud religious campaigns against education about relationships and sex.

Amanda Spielman, the head of Ofsted, told the BBC children should be exposed to social differences and know "there are families that have two mummies or two daddies".

Her intervention comes as MPs prepare to debate a petition calling for a parental opt-out from relationships and sex education (RSE) next Monday.

Last week the National Secular Society highlighted the bigoted messages being promoted by prominent anti-RSE campaigners including Kate Godfrey-Faussett, who created the petition.

Godfrey-Faussett has encouraged Muslims to adopt a "psychological" or "mental health" response to same-sex attraction and said homosexuality results from a lack of "guidance".

RSE is due to become mandatory in all schools in September 2020. Parents already have the right to opt their children out of the sex education part of RSE, which is taught in secondary schools.

Spielman said primary school lessons were designed to teach children "just enough to know that some people prefer not to get married to somebody of the opposite sex and that sometimes there are families that have two mummies or two daddies".

"It's about making sure that children who do happen to realise that they themselves may not fit a conventional pattern know that they're not bad or ill."

She said there needed to be a "careful exploration of the middle ground" but lessons covering LGBT topics were important.

The petition will be debated as religious campaigners increase the pressure for a dilution of teaching about sex and relationships.

In recent weeks predominantly Muslim campaigners have held demonstrations against a programme designed to counter homophobia at a school in Birmingham. The teacher running the programme has reported receiving threats and abuse from some parents.

There has also been a backlash against RSE from some orthodox Jewish groups. Last month an activist father threatened the government with legal action over requirements to teach children about LGBT+ relationships.

And this week a Charedi Jewish group wrote to the education secretary to say "under no circumstances will Charedi schools dilute their passionately held beliefs and sexualise their children".

"Amanda Spielman is right to defend RSE teaching in the face of unreasonable religious pressure. It's also helpful for her to push back against some of the myths that have taken hold among some of the more hysterical anti-RSE campaigners.

"MPs and the government would do well to heed her words when the subject comes before parliament on Monday."

The NSS wrote to the education secretary Damian Hinds last week to urge him not to water the guidance down in the face of religious pressure. The society has also sent a briefing on the issue to MPs with a particular interest in the subject and is urging supporters to write to their MPs on the subject.

In response to the petition the government has said the parental opt-out from sex education will continue. The education secretary also said it would continue last year.

One anonymous mother whose child was at the school in Birmingham told the BBC she felt the school was "forcing" the teaching "upon us".

"It's just not what we're about and we don't agree with it".