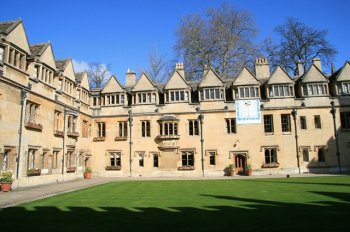 The National Secular Society has welcomed new guidance from the Equality and Human Rights Commission (ECHR) which aims to ensure universities "remain a forum for open and robust enquiry".

The guidance defends students' right to "express and receive views and opinions", including those that "may offend, shock or disturb others". It comes after a report from the Joint Committee on Human Rights (JCHR) expressed concerns about restrictions on free speech in higher education, including on those who criticise religion.

The guidance says universities should have a code setting out their policies and procedures relating to external speakers and make sure their procedures do not create unnecessary barriers to free speech. They also need to make sure all students are aware of the code.

It adds that the "starting point" should be that any event can go ahead, although higher education providers must consider all their legal duties carefully. It notes that there are some circumstances where UK law limits the right to freedom of expression – for example to protect national security or prevent crime.

When students' unions cancel speakers whose speech would be lawful, the guidance tells universities to take "reasonably practicable steps to ensure the speaker event can proceed".

The guidance reiterates most higher education providers' legal duty to protect freedom of expression and the importance of students' unions promoting free speech in order to meet their obligations as charitable bodies.

David Isaac, chair of the ECHR, said: "The free expression and exchange of different views without persecution or interference goes straight to the heart of our democracy and is a vital part of higher education.

"Holding open, challenging debates rather than silencing the views of those we don't agree with helps to build tolerance and address prejudice and discrimination."

The guidance provides information on the legal basis of often misunderstood terms and echoes recommendations from the JCHR – supported by the NSS – including:

In 2018 a JCHR report said "confusion and complexity" were undermining universities' duty to protect free speech. It also found that "incidents in which free speech is restricted often revolve around discussion of key controversial or divisive issues" including "humanist/secular groups critiquing religion".

It added that some reported restrictions on free speech were exaggerated or misleading.

In a submission to the JCHR's inquiry on the issue in 2017, the NSS said universities should promote free expression "not only as a legal concept, but as a positive value".

The report led to a "free speech summit" in May 2018 where leaders in the university sector agreed to create the new guidance. It was produced by the Equality and Human Rights Commission, with input from the National Union of Students, Universities UK, The Office for Students and others.

"Groups critical of religion on campuses have faced specific challenge when university or student officials conflate this with discrimination against religious people. Such cases are exceptions to the rule, but they should prompt concern.

"This guidance will act as a welcome reminder that the promotion of free expression and robust debate is a crucial part of a university's role. It also rightly acknowledges that universities have other responsibilities and should help to clear up some of the myths that have gained traction in the sometimes overheated debate about free speech on campus.

"We all have an interest in ensuring free and lively expression is protected on campuses. Officious student or university officials who overstep the mark to silence 'offence', and commentators with an axe to grind who present every anti-harassment policy or protest as Orwellian thought policing, are the fringes and shouldn't be dominating this debate."

In response to the EHRC's guidance some commentators raised concerns about a case study in the EHRC's guidance which suggested an atheist group should be required to invite a range of speakers if religious students objected. Mr Lichten called the example "well-intentioned but poorly worded".

"A debate on the existence of gods would by definition have a range of views. But it would be ludicrous to suggest an atheist group couldn't invite a speaker to discuss their views on the non-existence of gods or the ethical implications therein, without that particular debate. Atheists don't have a free speech right to reply at every church service.

"However, the clear intention of the case study was to support the free speech of atheist groups and anyone who wishes to peacefully protest or argue against that."