NSS: DfE must stand up to religious  bullying over sex education 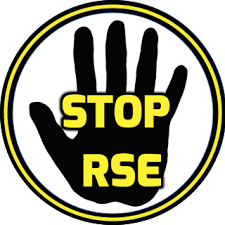 The National Secular Society has said the government should "not give ground" on relationships and sex education (RSE) in England's schools after highlighting the bigoted messages of religious anti-RSE campaigners.

An NSS investigation has exclusively revealed that an academic who secured a debate on RSE in parliament has encouraged Muslims to adopt a "psychological" or "mental health" response to same-sex attraction.

In a speech promoting her anti-RSE campaign Dr Kate Godfrey-Faussett also said homosexuality results from a lack of "guidance".

Godfrey-Faussett is playing a key role in the primarily Islam-based Stop RSE campaign, which opposes plans to make RSE teaching compulsory. She also created a petition on the parliament.uk website which demands a parental opt-out from RSE classes.

Last week it was announced that the petition had reached 100,000 signatures. MPs will now debate it on 25 February.

The Department for Education (DfE) is planning to make it compulsory for schools in England to teach a new RSE curriculum from September 2020. It has indicated that schools will be required to take pupils' religious backgrounds into account and talk to parents about their plans to teach RSE. It has also responded sympathetically to the petition.

In her speech about the campaign broadcast online Godfrey-Faussett said many young Muslims were "turning to same sex relationships because they haven't had the guidance". She bemoaned the "queering" of the "Muslim community" and said Muslims should "work psychologically or in a mental health capacity" with those experiencing same-sex attraction.

She claimed the government's move was part of a "totalitarian endeavour to indoctrinate our children in secular ideologies" and criticised "the promotion of the homosexual agenda".

She also called for "unity" among Muslims, approvingly quoting an imam who said: "While we're arguing about whether we pray with our hands crossed or our hands by our side, our enemy is actually plotting to cut our hands off."

Her petition says: "We believe it is the parent's fundamental right to teach their child RSE topics or to at least decide who teaches them and when and how they are taught. We want the right to opt our children out of RSE when it becomes mandatory."

In response the government has said: "As primary educators, parents must be consulted on their school's curriculum for relationships, and relationships and sex education, and may request their child's withdrawal from sex education."

At a meeting in Nottingham on Saturday representatives of Stop RSE said Muslim charities in the city would produce guidance for anti-RSE parents.

The group said it would work with a collective of madrassas to develop an alternative curriculum and run workshops for parents to ensure Islamic perspectives are passed on to children. Godfrey-Faussett, who is currently speaking at a range of events on the subject, encouraged anti-RSE Muslim parents to get on to school governing bodies, block resources from schools and promote alternatives.

She encouraged Muslim parents to take their children out of state education so they could home educate them and claimed the rights of the religious were being undermined by LGBT people.

The meeting also heard claims that children would be sexualised at young ages, including claims they would be shown pornography at the age of five. Schools watchdog Ofsted was also criticised for not conceding more ground to religious groups.

Stop RSE's website encourages parents to withdraw their children and pressurise schools to change their curricula to fit in with intolerant religious views on sexuality.

The NSS has also found that Stop RSE has promoted material which says the punishment for homosexuality is death.

Downloadable resources which were available on its website until earlier this week included the book Marriage and Morals in Islam. This says: "In the Islamic legal system, homosexuality is a punishable crime against the laws of God. In the case of homosexuality between two males, the active partner is to be lashed a hundred times if he is unmarried and killed if he is married; whereas the passive partner is to be killed regardless of his marital status.

"In the case of two females (i.e. lesbianism), the sinners are to be lashed a hundred times if they are unmarried and stoned to death if they are married."

The book goes on to say Islam "is not prepared to tolerate any perverted behaviour" and high rates of AIDS show "nature has not accepted" homosexuality "as a normal sexual behaviour".

It also decries "the moral bankruptcy of the West", based on some Christian churches' acceptance of gay relationships.

In one instance it linked to a resource which claims to offer "practical advice on menstrual issues". This teaches girls not to bathe during menstruation, adding that tampons are "absolutely forbidden" and can cause harm.

Elsewhere the group encourages parents to remove children from lessons where LGBT+ issues are taught. It also encourages them to pressurise schools not to use resources which go "against the teachings of all major religions", for example by referring to same-sex relationships.

Stop RSE has an Islamic ethos and is supported by both Muslim parents and representatives and some from other religions. It has supported recent protests against a school in Birmingham which promoted a programme called 'No Outsiders', which promotes LGBT+ rights.

Last week around 100 people gathered outside Parkfield Community School in the latest protest. It was also reported that assistant headteacher Andrew Moffatt had received threats from parents over his role promoting No Outsiders.

In 2014 Moffatt resigned from his role at another Birmingham school after Muslim and Christian parents objected to the use of a book he wrote about challenging homophobia in school.

The government is currently considering its guidance for schools on RSE. Conservative religious groups are lobbying ministers in an attempt to water down the guidance.

There has also been a backlash against RSE from some orthodox Jewish groups. Last month an activist father  threatened  the government with legal action over requirements to teach children about LGBT+ relationships.

Anti-abortion group the Society for the Protection of Unborn Children (SPUC) is also campaigning against relationships education.

The NSS has now written to the education secretary to encourage him not to water down the guidance in the face of religious pressure.

The society urged Damian Hinds "to keep in mind the vital importance of balanced and accurate Relationships and Sex Education to all children". It also expressed disappointment over the department's position on the parental opt-out from RSE.

NSS chief executive Stephen Evans wrote: "Parents' rights and religious freedoms are not absolute and must be balanced against the need to eliminate discrimination, advance equality of opportunity, and foster good relations for LGBT people. Challenging LGBT discrimination in school lessons and in everyday school life is key to promoting equality at school and in wider society.

"All pupils should have the right to access education that gives them clear and accurate information on topics that matter to their health and wellbeing. This includes learning that LGBT people and same-sex relationships exist. Religious objections should not be allowed to override attempts to ensure that happens."

The NSS highlighted the findings of its Unsafe Sex Education  report, which revealed  that most faith schools were distorting sex education by teaching it through the tenets of their religions. The report was published in May 2018.

The NSS also raised the findings of the report when it previously met representatives from the DfE.

Explaining the society's decision to write the letter, Mr Evans said the government should "put the interests of children and wider society above those of religious groups who would undermine them".

"The government is entitled to regulate the way education is delivered. And  the primary concern behind that regulation should be giving children the chance to grow up ready for life in 21st-century British society. Religious objections, which  from groups such as Stop RSE  are often steeped in bigotry, should not be allowed to override attempts to ensure that happens."

The NSS  campaigns to ensure all children are given age-appropriate education about sex and relationships which is not restricted by religious concerns. 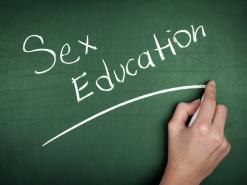