Religion must not trample on children’s rights, says Ofsted head 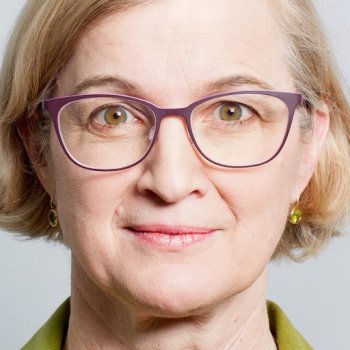 The chief inspector of schools in England has told parliament that children's rights should take priority over religious concerns and schoolgirls should be free from pressure to wear hijabs.

The National Secular Society has welcomed the remarks from Ofsted chief inspector Amanda Spielman, which came in an appearance before the Commons public accounts committee on Wednesday.

Spielman defended a recent assertion that schools should enforce "muscular liberalism" and said religion should not "get priority over all the other protected characteristics", referring to anti-discrimination protections in equalities legislation.

She made the comments on the hijab as she faced hostile questioning from Labour MP Shabana Mahmood about Ofsted's approach to the issue. In 2017 Spielman recommended that inspectors should try to find out how far girls were being pressured into wearing the hijab, including by asking pupils questions.

Mahmood asked whether Spielman would "personally" consider it "an appropriate and successful outcome" if "little girls now feel challenged and scrutinised by adult state officials for the basic human act of wanting to copy what their mum is wearing on her head".

The chief inspector replied: "We know that some children are feeling pressurised to wear headscarves, that it can make children unhappy to be told they are not good because they are not wearing a headscarf.

"This is something that is difficult and is contested, but I don't think we can say that children should simply be 'allowed to look like their mothers' is the solution."

She said she would write to the committee to provide further detail about how inspectors gathered evidence on the issue.

In 2017 the NSS signed a letter from feminist campaigners calling for a "robust" response to the incorporation of the hijab into school uniform policies. NSS research also revealed that girls in dozens of schools in England were being forced to wear hijabs as part of their school uniform.

The NSS responded by calling on the Department for Education to issue guidance on the subject.

The society reiterated its call in January 2018, after a primary school in east London backed down on its policies restricting the hijab and fasting amid a sustained campaign against them featuring abuse and threats.

During this week's appearance Spielman also said Charedi Jewish groups were effectively claiming that "religion should justify not having to have regard for the Equality Act". She dismissed the religious groups' view, citing the example of Yesodey Hatorah, a Jewish secondary school in east London where girls' experience has been "shut down quite considerably".

Last year an adjudicator ruled that Yesodey Hatorah was not breaching the school admissions code by requiring families not to wear leather or lycra, access the internet or use online entertainment.

Spielman's remarks echo those she made in February 2018, when she called on head teachers to confront religious extremists who "indoctrinate impressionable minds".

"Children should have the right to a decent education regardless of their religious background, and Amanda Spielman is right to put that priority above the concerns of religious groups.

"Children's religious freedom should also be defended. They should have the right to choose for themselves whether to adopt religious practices such as wearing the hijab when they are old enough to do so. It is alarming to see schools normalising the covering up of young girls when it comes under the guise of conservative Islamic doctrine.

"Many schools are facing pressure to give ground to the unreasonable religious demand to incorporate hijabs into their uniforms. The Department for Education should issue guidance to make it easier for them to face it down."