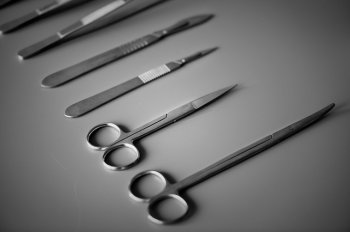 The National Secular Society has called on the body which registers doctors to "explicitly address" the harm caused by ritual infant genital cutting in guidance on decision making and consent.

Draft guidance from the General Medical Council (GMC) has endorsed the general principle of patient autonomy, including over patients' "future choices". It also says doctors should be aware of patients' vulnerabilities.

In a submission to a consultation on the guidance the NSS's Secular Medical Forum (SMF) welcomed the GMC's commitment to these principles. But the SMF questioned their compatibility with the council's position on circumcision.

Previously-issued GMC guidance has said doctors must consider "the child's and/or the parents' cultural, religious or other beliefs and values" when assessing whether circumcision is in a child's best interests.

The GMC's new guidance says: "Doctors have an ethical and legal responsibility to involve patients as much as possible in making decisions about their own health and care."

It also says doctors should act in a way which is "least restrictive of the patient's rights and freedoms including their future choices". And it adds that doctors should be aware when "patients may be particularly vulnerable".

But it does not mention ritual genital cutting.

SMF chair Dr Antony Lempert said: "Standalone, the draft GMC guidance is comprehensive and excellent. But it is discordant with existing GMC guidance which allows for parental beliefs to be a proxy consent for non-medically necessary surgery on children's genitals."

The SMF's submission said the guidance "sets out excellent guiding principles for use by doctors when making decisions with patients".

But it said the GMC should "explicitly" address child genital cutting so it "no longer allows parental beliefs, however strongly held, to be a determining factor in nonessential surgery on babies and children".

"We urge the GMC to reconsider the guidance in these other areas to remove the inconsistencies and ensure that all GMC guidance is concordant and maintains as the first concern of every doctor the care of the patient, and not the patient's parents or community.

"It is not sufficient to assert that certain religions or cultures require a certain practice. In most circumstances it is self-evident that the most vulnerable patients of all, i.e. small children and babies who cannot consent and who cannot defend themselves, are granted even greater protection than adults.

"Yet, in this one area, GMC guidance leads one inexorably to the conclusion that the GMC considers it acceptable to rely on parental beliefs as a proxy for a child's future beliefs.

The SMF also warned of the risk that vulnerable patients could be "put under pressure either by their family or community or by their doctor to choose a specific treatment".

It said guidance on children whose parents wish to refuse blood transfusions on their behalf, for example, should make explicit that parental consent "is valid only as exercised in the best interest of the child".

This would be in line with the Children Act of 1989, which makes clear that "the child's welfare" should be a court's "paramount consideration" in determining questions around children's upbringing.

The SMF also warned of the risk that vulnerable adults "may find it very difficult to seek independent medical advice and support" to understand the implications of choices they make under community pressure.

And the SMF's response recommended a specific reference to the importance of doctors distinguishing between "sincerely held personal, including religious, beliefs and their professional opinion".