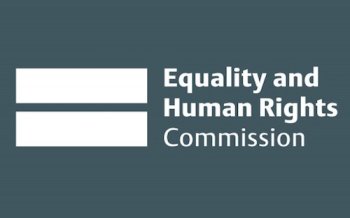 The National Secular Society has called on the body which enforces Britain's equality laws to back an "inclusive and secular education system" in response to its latest strategic plan.

In response to an Equality and Human Rights Commission (EHRC) consultation, the NSS said Britain's faith-based education systems "impede efforts to cultivate an understanding of prejudice and promote good relations".

The consultation was launched after the EHRC published its draft strategic plan, which outlines its priorities until 2022. The plan outlines the commission's key strategic goals, one of which is "to advance the conditions for a more equal and rights-respecting Britain".

The NSS also warned that the schools' impact on access to secular schooling was "often overlooked". Last month an NSS report, The Choice Delusion, found that three in 10 parents in England lived in areas where most or all of the closest primary schools are faith schools.

The NSS told the EHRC that employment in faith schools should be subject to the 2010 Equality Act. This would mean schools would only be able to apply religious selection where they could demonstrate a genuine occupational requirement for it.

The NSS raised the problem of many faith schools contravening their equalities duties by teaching distorted relationships and sex education (RSE). Last year an NSS report found that 77% of faith schools were teaching RSE in accordance with religious scripture.

The NSS added that children should be protected from genital cutting no matter what their gender or community background. The EHRC says one of its key strategic goals is "to protect the rights of people in the most vulnerable situations".

The NSS expressed its disappointment with a government announcement in July 2018 that it would not explicitly recognise caste-based discrimination under equality legislation. The EHRC strongly rebuked the government over its decision at the time.

The NSS said it was "essential" that authorities with the responsibility of protecting women and girls from violence are "empowered to act and assist victims no matter what community they belong to". The EHRC said it wanted to tackle rules and practices that undermine access to justice for women and girls who have been subject to violence.

It also said the commission should prioritise free speech as it works to ensure new technologies and digital services promote equality and human rights.

Commenting on the response, NSS chief executive Stephen Evans said: "We support the EHRC in its mission to promote and uphold equality and human rights ideals and laws. Our submission outlines how it can ensure religious privilege does not impede progress towards its stated goal of a more equal and rights-respecting Britain."