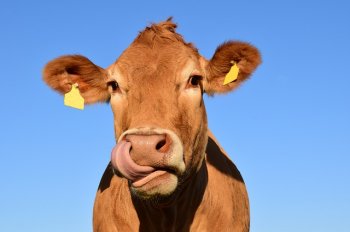 The slaughter of animals without pre-stunning is set to be significantly reduced in Belgium after a ban came into effect in the north of the country.

A measure outlawing the slaughter of animals without pre-stunning took effect in the Flanders region on New Year's Day.

The region's parliament unanimously passed a resolution outlawing ritual slaughter without stunning in 2017. Flanders roughly covers the northern half of Belgium, also known as the Flemish region.

A similar measure is set to take effect in the Walloon region, which roughly covers the southern half of Belgium, in September. A committee of the Walloon parliament voted unanimously to end non-stun slaughter in 2017.

Slaughter of cows and calves will be exempt from the Walloon measure until a better stunning technique is developed for them.

The legislation in Flanders does not prevent non-stunned meat from being imported.

National Secular Society spokesperson Chris Sloggett said the legislation was "largely welcome" and should prompt similar action in the UK.

"Government policies on the treatment of animals should be led by the scientific evidence, which makes clear that non-stunned slaughter is inhumane. Religion should not be a get-out clause from reasonable protections on animal rights.

"The UK government should reflect on this legislation in Belgium and take similar steps to protect animal welfare and the principle of one law for all."

The NSS campaigns to repeal the religious exemption to animal welfare legislation. The exemption means animals may slaughtered without pre-stunning for religious reasons.

In October the NSS revealed that at least 17 councils were providing non-stun halal meat to dozens of schools.

The RSPCA, Compassion in World Farming and the British Veterinary Association have all criticised non-stun slaughter, along with many animal welfare experts.

The EU's scientific panel on animal health and welfare has said "pre-cut stunning should always be performed".

Ritual slaughter of animals without prior stunning is outlawed in European countries including Denmark, Norway and Sweden. The practice is partially outlawed in Switzerland.

In May two senior EU politicians said they would oppose restrictions on rituals such as genital cutting and religious animal slaughter, prompting NSS criticism.

Several religious leaders have criticised the Belgian measures including Pinchas Goldschmidt, president of the Conference of European Rabbis, and Menachem Margolin, who chairs the Europe Jewish Association.

Legal challenges have been launched against the legislation. One has been instigated by US-based think tank the Lawfare Project, which claims to campaign in favour of civil and human rights for Jews.