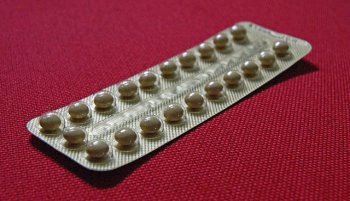 A long-standing clause which was partly designed to meet with the pope's approval has been dropped from official guidelines on the contraceptive pill.

Updated guidance from the Faculty of Sexual and Reproductive Healthcare (FSRH) has said taking a seven-day break from the pill does not bring health benefits. The FSRH sets national guidance for the safe prescription of contraceptives.

Part of the reason the break was initially recommended was that Catholic gynaecologist John Rock hoped it would mean the pope would accept the pill's use. Rock played a major role in developing the pill before it received approval from the US government.

Subsequent popes have not accepted the use of the pill except in extraordinary circumstances, but the seven-day break has been recommended since.

During the monthly break women have tended to bleed, while some have endured symptoms such as period pains, headaches and mood changes. Experts have also said the break can create an increased risk of unwanted pregnancy if a woman is late restarting her course of pills.

At the time the break was first recommended the pill was much stronger than it is now, meaning there were also believed to be medical justifications for the break.

The new guidance says women can safely take fewer or no breaks to avoid monthly bleeds, cramps and other symptoms. It also says shortening breaks to four days could reduce the risk of pregnancy.

The advice has been accredited by the National Institute for Health and Care Excellence (NICE), which provides clinical guidance for healthcare professionals. Some doctors already advise patients against taking a break.

Family planning expert Professor John Guillebaud told The Telegraph that John Rock thought "the pope would accept" the pill if it imitated "the natural cycle".

A National Secular Society spokesperson said: "Contraceptives should be prescribed solely on the basis of what is best for the patients receiving them. Healthcare professionals' advice to patients should not be influenced by religious dogma, particularly when they have no idea whether those patients subscribe to the religion in question.

"This is a reminder of the need to separate religion from the surgery."

When releasing its latest guidance the FSRH said some women could safely take the pill for 28 days – although it warned that this would not suit everyone.

Dr Sarah Hardman, co-director of the FSRH's Clinical Effectiveness Unit, said: "We are all different: there isn't any one method of contraception that is the 'best' method for every woman, so it's really important that women have choice."