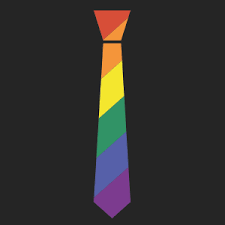 The National Secular Society has told the Scottish government that it must not allow religious groups to undermine its stated commitment to LGBT-inclusive education.

The government adopted a series of 33 recommendations from a working group formed of educationalists, activists and the Equality and Human Rights Commission Scotland.

The reforms will require schools to tackle "prejudice in relation to the LGBTI community" and promote "awareness of the history of LGBTI equalities and movements". The Scottish government said work to implement the proposals would "begin immediately".

The Scottish Catholic Education Service was on the working group. But the NSS has found that at least nine of Scotland's 53 Catholic state secondary schools are teaching sex education through the tenets of Catholicism, undermining LGBT+ equality.

The true number of Scottish schools doing this is likely to be significantly higher. The other 44 schools did not have a sex and relationships policy or its equivalent available on their websites.

During a debate over the proposals in the Scottish parliament Swinney faced a question about "the tension that exists or is felt to exist between LGBTI rights and the teachings of the church".

In response he said he had been "deeply appreciative of the breadth of opinion that has come together in the working group of people from very different perspectives and backgrounds".

The NSS has now written to Swinney to welcome the Scottish government's stated commitment to LGBT+ equality and urge him to ensure it includes age-appropriate LGBT inclusive relationships and sex education for all pupils, without allowing religious pressure to undermine it.

Stephen Evans, the NSS's chief executive, said: "It is encouraging to see the Scottish government make a strong commitment to LGBT equality. But genuine equality will require LGBT people and issues to be increasingly normalised.

"Encouraging this will mean, above all, taking on those who promote exclusive views of sexual relationships or prejudiced attitudes towards LGBT people. In Scotland's schools that unavoidably means taking on religious groups which retain influence over the way the schools are run and promoting non-discriminatory sex education as the right of every child."

Jordan Daly, co-founder of the Time for Inclusive Education (TIE) campaign which championed this week's changes, called them "a monumental victory for our campaign and a historic moment for our country".

The TIE campaign's logo is pictured.