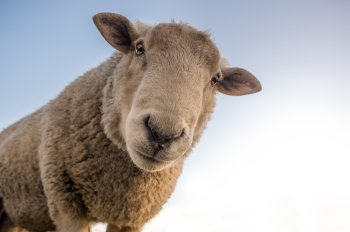 The National Secular Society has called on the government to take action to end the supply of non-stun meat amid growing public opposition to its supply in schools.

The NSS has written to Lord Gardiner, the parliamentary under-secretary for rural affairs, to call for repeal of the religious exemption to the animal welfare laws. The exemption means animals may be killed without stunning for religious reasons.

The NSS also called for a requirement to label non-stun meat while the exemption is in place.

The letter comes after NSS research revealed that at least 17 councils across the UK supply non-stunned halal meat to at least 140 schools.

This week thousands of people have signed a petition to end the supply of non-stun meat to schools in the West Yorkshire district of Kirklees after the NSS's report on the subject. Kirklees Council supplies non-stun meat to at least 40 schools.

The NSS's findings also prompted a report in The Times on Monday which revealed that schools are supplying non-stun halal without telling parents about the origins of the meat.

In the letter to Lord Gardiner NSS chief executive Stephen Evans urged the government "to put a stop to further unnecessary animal cruelty by ending the religious exemption that allows animals to be slaughtered without pre-stunning".

He added that while non-stun slaughter is allowed, the government should ensure "any meat from animals slaughtered without pre-stunning is clearly labelled".

Mr Evans noted that non-stun meat is "routinely being consumed on the general market by unwitting members of the public who are neither Muslim nor Jewish" as a result of the lack of labelling.

The NSS requested a meeting with Lord Gardiner to discuss the issue.

The petition in Kirklees calls on the council to follow the example of Lancashire County Council, which recently voted to uphold its decision to stop supplying non-stun non-poultry meat to schools.

Petition starter Aleksandar Lukic wrote: "Everyone has the right to observe and practice their religion in a free society, but it is clearly unethical for Kirklees Council to serve non-stunned meat to public schoolchildren. Our council has a duty to treat animals in a more humane way."

The petition notes that the council has refused to name the schools affected and that most Muslims are content with pre-stunning.

The consensus among animal welfare experts is that stunning animals before slaughter is more humane than not doing so. Veterinary experts say non-stun slaughter causes "very significant pain and distress" and raises "serious animal welfare concerns".

This week Simon Doherty, president of the British Veterinary Association, told The Times: "All animals should be stunned before slaughter in order to reduce their suffering and improve their welfare. If slaughter without stunning is still to be permitted, any unstunned meat or fish must be clearly labelled to enable consumers to fully understand the choice they are making."

The Farm Animal Welfare Committee, which advises the government, says animals slaughtered without pre-stunning are likely to experience "very significant pain and distress" before they become unconscious.

The EU's scientific panel on animal health and welfare has stated: "Due to the serious animal welfare concerns associated with slaughter without stunning, pre-cut stunning should always be performed."

The RSPCA and Compassion in World Farming also advocate for all animals to be stunned prior to slaughter.

Meanwhile this week the trade magazine Retail Times noted that the halal brand Humza had tripled its range in Tesco and Morrisons. Humza's website says it applies the "halal principle" that means the animals are "healthy and alive prior to slaughter process".

Humza's meat is certified as halal by a group called the Halal Monitoring Board, which says it does not "work in favour of stunning" and "most" of its outlets are "stun free".

In January the NSS revealed that meat from animals which have not been stunned before slaughter was widespread in UK supermarkets.