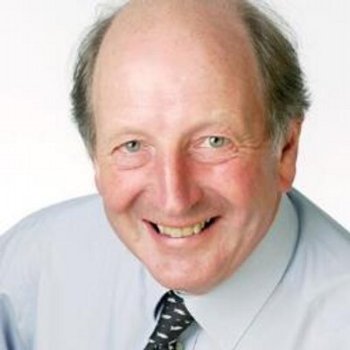 The National Secular Society has reiterated its call for the disestablishment of the Church of England after a peer raised the subject in the House of Lords.

Berkeley highlighted NSS reporting from earlier this year which showed the proportion of British people affiliating to the Church of England had halved since 2002.

Crossbench peer Alex Carlile asked Young to reflect on the fact there had been no established church in Wales since the Welsh Church Act 1914.

The church was also accused of being "the Tory party at prayer".

But Young defended the automatic right of the Church of England's 26 bishops to sit in the Lords, saying they "speak with a moral authority that escapes most of us".

Meanwhile the bishop of Worcester, John Inge, and peers from the Labour and Conservative parties defended the church's establishment.

Inge claimed the Church of England's "established status" was "greatly valued by those of other faiths" and said the established church was "a significant force for good".

He was given priority as he stood up to speak, in line with Lords protocol which effectively requires members to sit down when a bishop asks to contribute to the debate. NSS honorary associates Dick Taverne and Michael Cashman were among those who tried to speak during the debate but were unable to do so.

Conservative peers Alistair Cooke (Baron Lexden) and James Mackay were among those to defend establishment. Labour's Robert Winston said the church made him "proud to be British".

NSS chief executive Stephen Evans said the Lords debate suggested "the prevailing attitude among lords is out of touch with that of the public".

"In the House of Lords today Lord Young handled the subject of disestablishment with contempt.

"The UK is long overdue the formal separation of church and state. A secular country would value all citizens equally regardless of their religious orientation or lack of it. The status quo privileges one part of the population, one institution and one set of beliefs.

"It also promotes, without democratic mandate, the contentious view that the Church of England is a force for good. This view has allowed the church – and religious institutions more generally – a free pass in instances where they have caused harm."

Over the last year a series of surveys have suggested substantial public support for separating church and state. A YouGov poll for The Times found that 62% of British people thought religious clerics should have no right to seats in the legislature. In the same poll 65% said political figures should separate their religious beliefs from their decision making.

Fifty-two per cent of people told this year's British Social Attitudes Survey they have no religion. Just 14% belong to the Church of England, including only two per cent of young adults.

The NSS has campaigned for the disestablishment of the church since its founding in 1866. In December 2017 the society outlined the case for change in a major report, Separating Church And State: The Case for Disestablishment. The report noted that the accession of Prince Charles to the throne would be a "particularly opportune moment" to press the benefits of separating church and state.