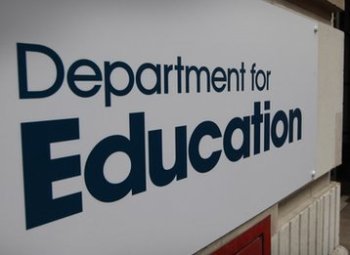 Three Islamic schools and two Jewish schools are among nine independent schools which were issued with warning notices from the Department for Education in October.

At Yeshivah Ohr Torah School, a Jewish boys' school in Salford in Lancashire, inspectors said the curriculum was "solely based" on Jewish studies. There was no secular curriculum. Opportunities to learn other subjects were "sporadic and limited" and arose only when they were relevant to Jewish studies.

All lessons were taught in Yiddish, with only "limited opportunities" for students to learn how to speak, read and write in English.

Ofsted's report on the school said the curriculum had been revised apparently based on parental preferences and parents had withdrawn consent for inspectors to talk to their sons.

The inspectors' criticisms of the school were featured in a report in the Manchester Evening News last week.

In a library for younger pupils the school had covered up or removed information on animals, countries and the universe.

Parents only gave inspectors permission to speak to pupils on the condition that they did not ask questions about subjects such as reproduction, sexting and different lifestyles.

Leicester International was not criticised over its uniform policy, which requires girls to wear the hijab.

Al-Furqaan Preparatory School, an Islamic faith school in Dewsbury in West Yorkshire, was criticised for the quality of its teaching and leadership.

When inspectors visited in July the school was also segregating children by gender for English and Maths in years five and six, a practice that was ruled unlawful at the High Court last year. The school's leaders told inspectors they planned to end the practice in September.

The school was not criticised over its enforcement of a strictly Islamic uniform or its policy of expelling children who miss prayers, which take place five times per day.

Earlier this year the Charity Commission launched an investigation into Darul Uloom after its safeguarding lead and headteacher were arrested in relation to firearms offences.

Alastair Lichten, the National Secular Society's education and schools officer, called the warnings "a reminder that children's rights must be protected in any educational setting".

"The government is right to make an effort to hold independent schools to account when they undermine those rights.

"We respect the autonomy of the parents and schools in the independent sector. But this must be balanced against children's fundamental right to receive an education worthy of the name. When schools censor textbooks, prevent children from learning about basic science or fail to maintain a safe environment it is right for the state to step in.

"When 'schools' restrict children's knowledge and leave them unprepared for the language and realities of the country they live in, they are robbing those children of autonomy and their right to an open future.

"We're concerned that a narrow focus on extreme examples means schools which require children to adhere to strict religious practices are not always being criticised for them. We shouldn't accept that schools can force girls to wear religious clothing or children to pray at regular intervals."