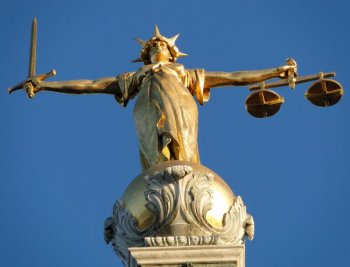 The National Secular Society has asked the justice secretary to ensure judges restrict themselves to interpreting secular law in light of a judge's repeated remarks on Islamic scripture.

The NSS has written to David Gauke after both a watchdog and an ombudsman dismissed complaints about Mr Justice Haddon-Cave's lengthy claims that Islam "is a religion of peace".

In March, during the trial of the Parsons Green bomber, Haddon-Cave told the defendant Ahmed Hassan at length "the Qur'an is a book of peace" and Islam "is a religion of peace". The judge added that Hassan had "violated the Qur'an and Islam by your actions" and would have "plenty of time to study the Qur'an in prison".

The NSS said such remarks ran "the risk of undermining the judicial principle of neutrality and impartiality". The society asked Gauke to "protect and advance the principles of justice by ensuring that judicial office holders restrict themselves to interpreting the law of the land, rather than religious doctrine".

In the letter NSS chief executive Stephen Evans wrote: "We believe that by expressing a particular view of a particular faith and judging a defendant according to that view, judges run the risk of undermining the judicial principle of neutrality and impartiality.

"We have little doubt that Justice Haddon-Cave's remarks were well-intentioned, but it is profoundly unwise for judges to engage in theological interpretation."

Both the Judicial Conduct Investigations Office (JCIO) and the judicial ombudsman have refused to act on the remarks.

Earlier this year the JCIO said Haddon-Cave's claim that the Qur'an is "a book of peace" was "founded on case law". Haddon-Cave had cited his own words, made during a defamation case in 2016 (Begg v BBC), as the 'precedent' for his remarks in the Hassan case.

The NSS then referred the JCIO's handling of the case to the ombudsman, but he found no "maladministration" on matters within his remit.

Since the NSS appealed to the ombudsman Haddon-Cave has repeated his words almost verbatim, at the conclusion of the trial of Naa'imur Zakariyah Rahman in August. Rahman was convicted of a plot to kill the prime minister.

Mr Evans said the justice secretary should "remind judges of their responsibility to remain neutral on religious issues" and "ask the JCIO, in particular, to justify its response to these remarks".

"It is very disappointing that the watchdogs supposedly responsible for holding judges to account have failed to recognise the importance of upholding judicial impartiality regarding matters of religion.

"The state employs judges to uphold the law of the land. It doesn't employ them to defend ideology.

"People facing charges in court should be held accountable to secular law, not the precepts of their religion. Judges' personal opinions on the tenets, doctrines or rules of any particular religion are wholly irrelevant to the administration of justice.

"Secularism is a vital part of any judicial system which defends the rights of all citizens to equal and fair treatment before the law."