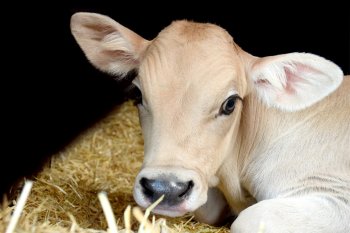 The National Secular Society has criticised a "perplexing" opinion from an EU advisor that meat from non-stun slaughter can be considered 'organic'.

On Thursday an EU magistrate said that halal and kosher meat can be labelled 'organic' despite rules which suggest the meat should be refused the label on animal welfare grounds.

Advocate general Nils Wahl issued an opinion that the 'organic farming' certification "cannot be refused to products from the slaughter of animals without stunning".

European Council regulations require "the application of high animal welfare standards" for products to be labelled organic. The regulations also say "any suffering, including mutilation, shall be kept to a minimum during the entire life of the animal, including at the time of slaughter".

But an adviser to the European Court of Justice (ECJ) found that this legislation "does not precisely define the procedures that allow the suffering of animals to be kept at a minimum at the time of killing".

The advocate general determined that these regulations must be read in conjunction with Article 13 of the Treaty on the Functioning of the European Union (TFEU), which allows for exceptions to be made for "religious rites" in animal welfare legislation in EU member states.

He said animal welfare rules were subject to "two regimes", one of which was "exceptional" and based on religion.

"All in all, two regimes of animal welfare protection exist side by side: the general regime, which requires pre-stunning, and the exceptional regime (based on the desire to allow, on religious grounds, slaughter without stunning)."

It added that those involved in slaughter must "take necessary measures" to avoid suffering "within each of those regimes".

"The advocate general appears to have turned a blind eye to the regulations in order to appease the religious slaughter industry," he said.

"If the EU's definition of organic precludes the use of slaughter methods that cause unnecessary pain and distress, non-stun slaughter cannot, by definition, be organic.

"It is plain that this advice threatens to erode animal welfare standards across the EU, as well as consumer confidence in organic labelling."

Veterinarians and other animal welfare experts agree it is more humane to stun an animal prior to slaughter than not to. The EU's Scientific Panel on Animal Health and Welfare (AHAW) has stated that "due to the serious animal welfare concerns associated with slaughter without stunning, pre-cut stunning should always be performed".

But some countries in the EU, including the UK, grant exemptions from animal welfare law to Muslim and Jewish communities, allowing animals to be slaughtered for halal or kosher products without pre-stunning.

In May the NSS criticised two senior EU politicians, Antonio Tajani and Frans Timmermans, after they said they would oppose legislation that restricted religious animal slaughter.