Affiliation to C of E has halved since 2002, major survey shows 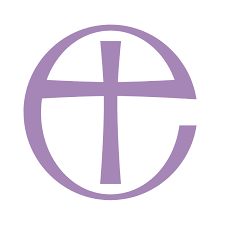 The National Secular Society has called the Church of England's established status "unsustainable" after new figures revealed a sharp decline in affiliation.

The proportion of Brits who described themselves as 'belonging to the Church of England' fell to a record low in 2017, according to the most recent British Social Attitudes survey.

Fifty-two per cent of people now say they have no religion, including seven out of 10 of those aged 18-24. This is the second year in a row that the survey has found a non-religious majority in Britain.

The proportions of people who describe themselves as Roman Catholic (eight per cent), belonging to 'other Christian affiliations' (10%) and 'of non-Christian faiths' (eight per cent) have remained fairly stable.

The findings also showed that 78% of those who follow the C of E and 58% of Catholics attend church less than once per month.

Commenting on the findings, National Secular Society chief executive Stephen Evans said the Church of England's position as the established church was "unsustainable".

"These figures are part of a long-term pattern. The Church of England's teachings and attitudes have been diverging from the interests and values of ordinary people in Britain for many decades now.

"This again calls into question the UK's constitutional settlement which remains mired in religious privilege – embarrassingly out of step with the nation's secular outlook.

"Politicians should rethink religion's public role and the Church of England's relationship with the state. In particular, they should call time on the seats given as of right to 26 Anglican clergy in the legislature and roll back religious groups' considerable influence over publicly funded schools.

"Britain should become a modern secular state where every citizen can be treated fairly and valued equally, irrespective of their religious beliefs."

Roger Harding, head of public attitudes at the National Centre for Social Research, said: "Our figures show an unrelenting decline in Church of England and Church of Scotland numbers. This is especially true for young people where less than one in 20 now belong to their established church.

"While the figures are starkest among younger people, in every age group the biggest single group are those identifying with no religion."

The NSS has set out its policy proposals for the reform of religion's role in public life in its manifesto for change.