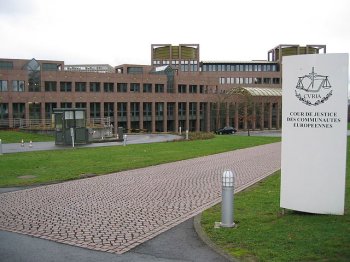 European religious employers' ability to dismiss employees for breaching religious laws may be restricted after a court ruled against a German hospital which sacked a remarried doctor.

Last week the European Court of Justice (ECJ) ruled a Catholic hospital may have discriminated against a doctor by sacking him for getting divorced and remarried in a civil ceremony.

The EU court said adhering to the Catholic notion of marriage did not "appear to be a genuine requirement" of his job as a doctor.

The hospital sacked the doctor in 2009 after it learned he had divorced his first wife, the marriage had not been annulled and he had remarried in a civil ceremony.

The employee, who has not been named, was the head of internal medicine at the Catholic St Vinzenz Hospital in Düsseldorf. He challenged his dismissal on the grounds that a non-Catholic employee would not have been treated the same way.

The Grand Chamber of the ECJ said "prohibition of all discrimination on grounds of religion or belief, now enshrined in the Charter of Fundamental Rights of the European Union, is a mandatory general principle of EU law".

It noted that "similar posts were entrusted to employees who were not of the Catholic faith". This meant these employees were "not subject to the same requirement to act in good faith and with loyalty to [the employer's] ethos".

The case will now return to the federal labour court in Germany for a final ruling. The court consulted the ECJ over whether the dismissal could be permissible under laws allowing a genuine occupational requirement.

The German constitution permits Catholic employers to dismiss staff who breach religious rules. The hospital in this case was managed by IR, a company subject to the supervision of the German archbishop of Cologne.

"The idea that a hospital should be able to sack a doctor over his or her marital status is absurd. The test of a genuine occupational requirement is a good way to balance the rights of employers and employees, and this doctor did not need to conform to the Catholic idea of marriage to do his job.

"This is a reminder that religious institutions should be able to manage their own affairs – but within the legal limits that apply to everyone else."

In the UK, legal exemptions allow many faith schools to discipline or dismiss teachers for conduct which is deemed 'incompatible' with the school's religion.

The NSS has long campaigned for faith schools' unfettered freedoms to discriminate on religious grounds to be curbed – arguing schools should only be permitted to discriminate where a genuine occupational requirement can be demonstrated.